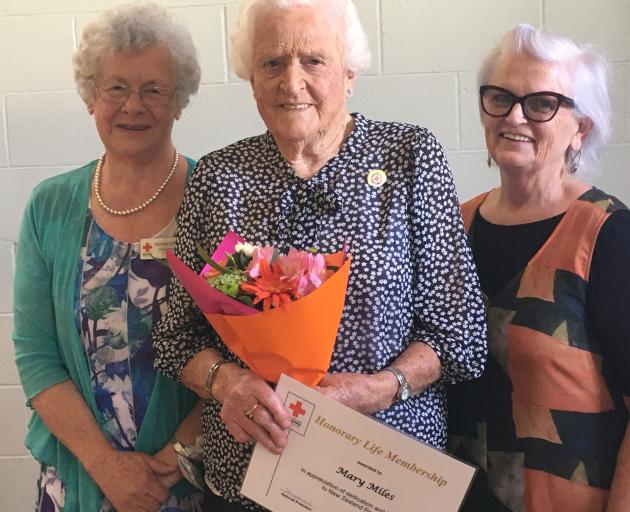 She started when living in rural Mid Canterbury as a member of the Red Cross Flemington/Waterton branch back in 1952 and of late has been a member of the Tinwald branch.

The Flemington/Waterton area lies on the east coast and between the Ashburton and Hinds rivers.

She was given the award during the branch meeting this month in the Tinwald Hall.

Her elder daughters Kay and Diane were there in support; youngest daughter Nioelle lives in Denmark.

Mrs Miles said collecting for Red Cross began as an opportunity to visit her neighbours in the rural community, but volunteering with them had been something she has always enjoyed.

She was surprised at how fast the years had flown.

"I’m just one of the group that does what’s required. I get the same pleasure out of doing all the things we do as when I started. Just because I love doing it and helping people."

During her involvement, Red Cross has helped with many causes. Some were international events but others involved helping people who were in need — for example, those who had had house fires — supplying toilet bags and/or money.

Red Cross was "for anyone in the community, anyone in need," she said.