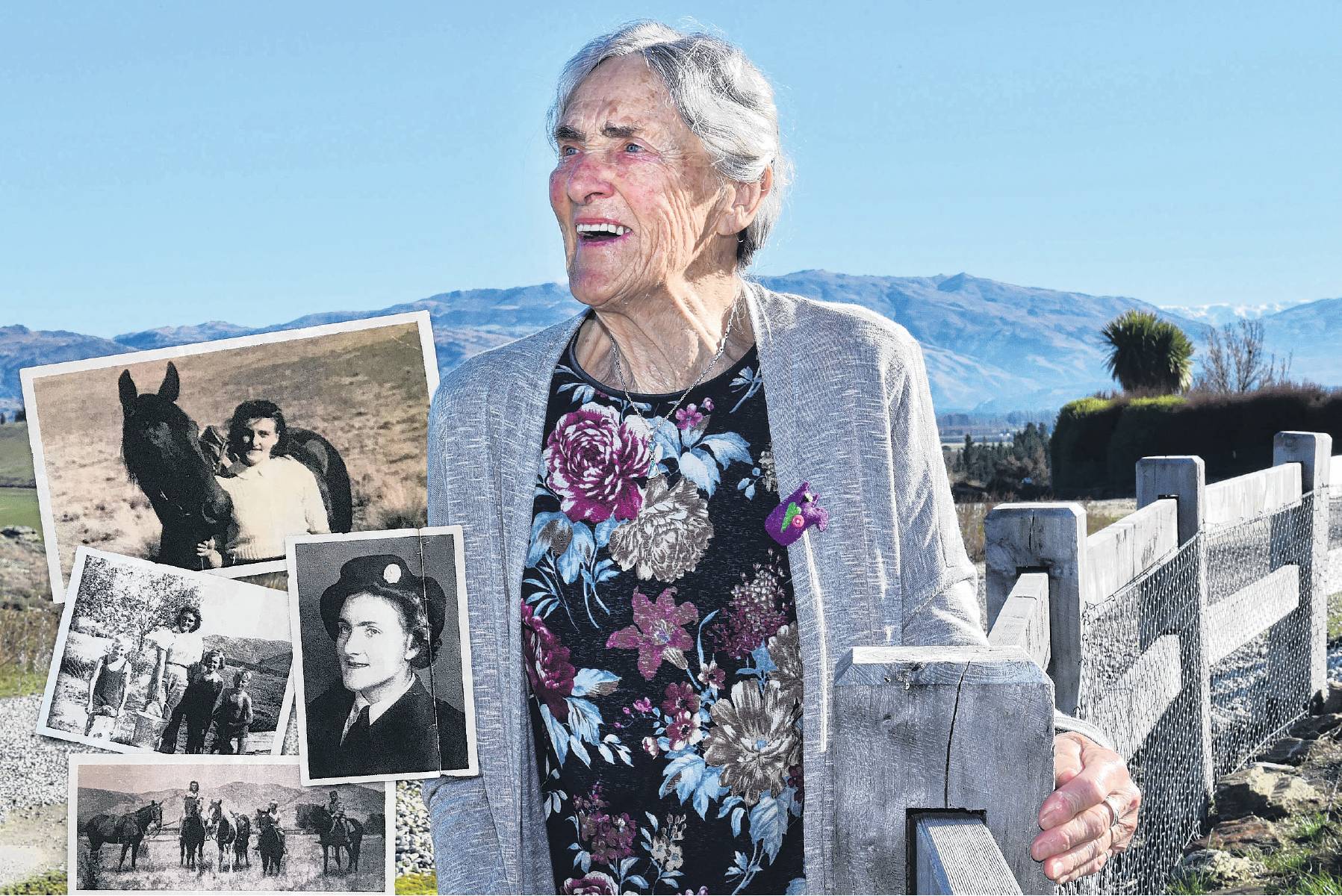 Those women who worked on the land while men went to war will be honoured in rural South Canterbury, thanks to the efforts of former land girl Sadie Lietze (97), of Alexandra, and Fiona, Lady Elworthy, of Timaru.

A plaque and seat will be unveiled on October 18 in a park and walkway established by Lady Elworthy at Maungati in memory of her late husband, Sir Peter Elworthy.

Mrs Lietze, who was 19 when she was dispatched from Dunedin to help out at Tara Hills, near Omarama, said many people in modern times would not have heard of the organisation.

"It’s so long ago. Unless you’ve had family members that were, or had land girls working for them, nobody knows," she said.

"We were a very important part of the women’s services."

Up at 6am, busy days followed for Mrs Lietze, including milking cows and separating the milk, catching and saddling the children’s ponies for school, which was not always easy - "they were tricky little devils" - and feeding dogs and pigs.

She was issued with a uniform that included a pair of clogs, which clattered and "frightened the cows". Her boss wrote twice asking for her to be sent gumboots.

He was often away mustering on other properties because of a shortage of men to help out and she would be left to do the jobs, including setting rabbit traps to feed the dogs.

There was little time off and it could be lonely - "the only moving thing could be a hawk for miles and miles" - but she stayed for two years "because I loved the climate and I loved the children and the life and the horses and dogs and everything."

Returning to Dunedin for her 21st birthday, Mrs Lietze was keen for a change and asked for a transfer.

She spent eight months with the service at Kelso in West Otago before it was disbanded.

Many people now did not realise what was done during the war years, when agricultural production in New Zealand went up, she said.

It was hard work for many women; some ploughed with horses while, in areas like Canterbury, many helped with harvesting crops. Some in the Kaikoura area would "ride for miles" on a horse to a dance, their evening dress tied on to the saddle in a bag.

Families of land girls were invited to attend the event at the reserve which Lady Elworthy established 10 years ago, naming it Rongomaraeroa, which meant the Long Pathway to Peace.