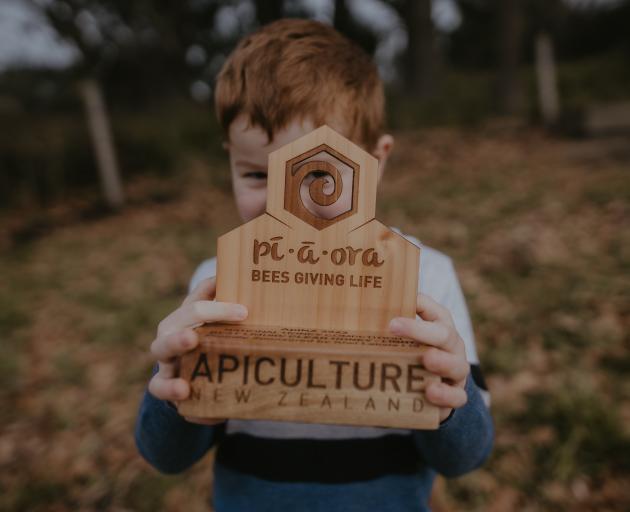 Steve Kirkman agrees he quite literally comes from the land of milk and honey.

The contract dairy milker is also a commercial honey producer and recently his Hyde Honey Co won three medals at the ApiNZ National Honey Competition, including a gold medal in the clear honey category.

Mr Kirkman, who farms at Papakaio with his wife Belinda and their three children, entered their honey into the competition for the first time this year.

"We wanted to enter to get some feedback and find out what it might take to perhaps one day win a medal. We certainly didn’t expect to do as well as we did."

As well as winning the gold, they won silver for their creamed honey and a bronze for their non-alcoholic honey beverage which is in development at present.

For Mr Kirkman, to harvest a consistently light and clean clover honey, it is all about timing.

"It’s a bit of a science. Knowing when to put the boxes out when clover is in full bloom but after the yellow flower has bloomed, which will make it darker."

He credits Allen McCaw, of Milburn Apiaries in Milton, who creams the raw honey and packages it.

"He comes from a chemistry background and knows his stuff when it comes to creaming." 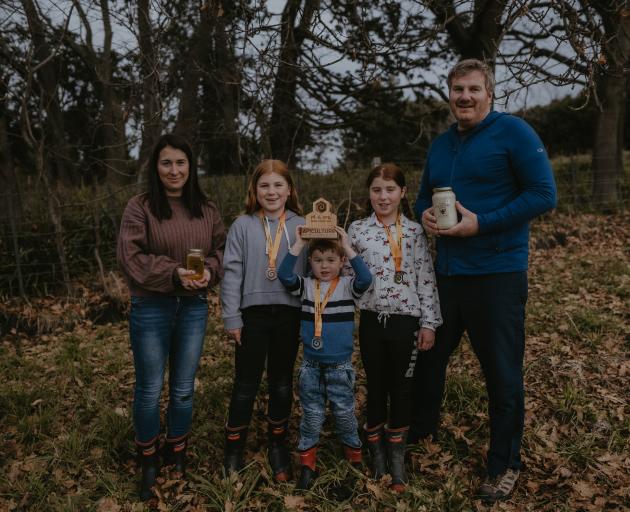 Despite being busy in the spring, Hyde Honey Co owner/operators Steve and Belinda Kirkman have enjoyed making their contract dairy farming business work alongside producing honey. They are pictured with their children (from left) Molly (12), Blake (4) and Pippa (9). PHOTO: SARI RENEE PHOTOGRAPHY
Blair Dale, of Strathdale Honey in Middlemarch, was also an "awesome mentor".

Springtime is a busy balancing act for Mr Kirkman when he is full flight with both businesses. He places 300 hives on farmland from North Otago right through into Central Otago while also running the dairy farm.

"It’s just a case of having good staff and knowing what you can delegate. Belinda is pretty involved on the farm, and she does a lot in the marketing space for the honey, but she tends to stay away from the pointy end of the beekeeping; she’s not a big fan of bees."

He has been beekeeping for about 20 years and decided to make a commercial go of it in 2018. He started off with hives on a block of land the couple owned in Hyde and the operation has grown from there.

Producing about 10 tonnes of honey a season, they are in the process of building an online store and they sell a good portion of their product through the Oamaru Farmers Market "and a couple of other local outlets".

The desire to get the honey on supermarket shelves has gone by the wayside for now.

"We just feel there’s a lot of competition in that space and supermarkets often focus on the price of the product rather than the quality of the product."

For Mr Kirkman, going into a commercial operation with honey was never about making "the big bucks" but to pursue his passion being in the outdoors.

"To see all the hard work pay off from the season and culminate in the finished product is pretty cool.

"Sometimes I think we take for granted how lucky we are to live in an environment that aligns with producing such top-quality produce like milk and honey," he said.