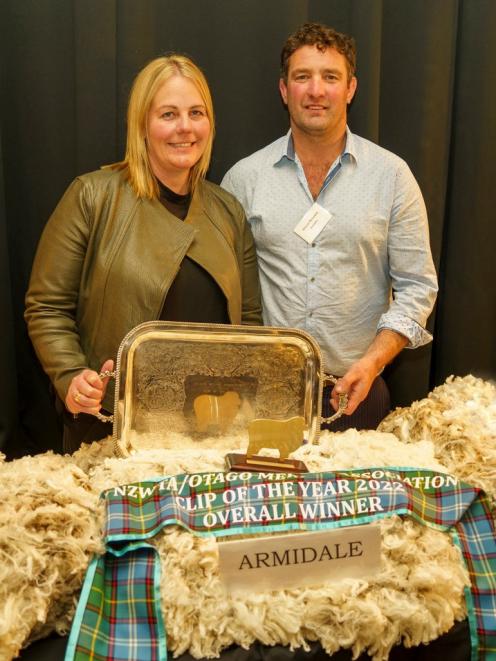 The Paterson family, from the Armidale merino stud in Gimmerburn, won the Clip of the Year title, after taking out the stud flock category. 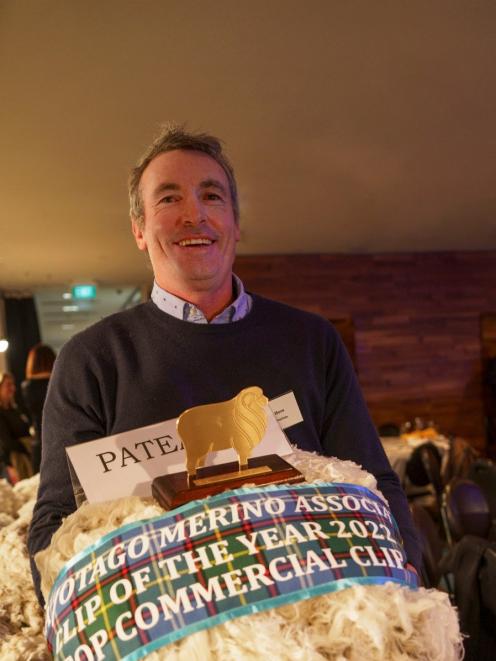 Armidale owner Simon Paterson said he was "ecstatic" to win the top prize.

Farmers entered the Clip of The Year competition by calculating the value of the wool they harvested in a season and dividing it by the number of sheep shorn to produce the clip.

The farm with the highest average value won.

Factors behind the win included a good wool growing season in the Maniototo and keeping up the weight of his flock through good management and nutrition.

"All of our best wool hit the specifications for our contracts — that really made a big difference."

He thanked Peter Lyon Shearing for preparing the clip and ensuring the best wool stayed in.

The stud had taken out the top title a few times before, the last win was about five years ago.

He also thanked Devold Wool Direct, the buying arm of the company, New Zealand-based general manager Craig "Smithy" Smith for the part he played in the win.

Association chairman Justin Willson said, in his address at the function in Queenstown on June 17, while the coming months looked "fairly challenging" for farmers, there were still people who recognised the value of merino sheep "and its wonderfully soft wool and tender meat".

About 125 fleeces were donated for the Child Cancer Foundation fleece competition, which was won by the Cameron family, of Otematata Station.

The association’s longstanding relationship with the foundation had raised more than $350,000 for the charity.

About 160 people attended the event and presentations were made to Mike Hargadon, from the New Zealand Merino Company, and wool-classer Barbara Newton, who are retiring from the association.