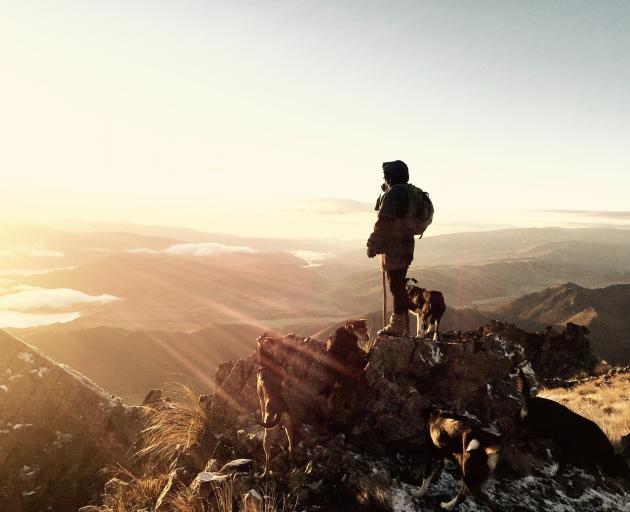 Ms Blanchard is a shepherd at Long Gully Station, at Tarras, where she also classes the property's hogget clip.

Earlier this month, her classing prowess was acknowledged when she was presented with a merit award for the mid micron category at the New Zealand Wool Classers Association's annual awards.

It was PGG Wrightson Wool Central Otago representative Graeme Bell who thought the clip was worthy of nomination for the awards and put it forward.

Ms Blanchard was "pretty chuffed" to receive the recognition but stressed that it was a team effort which included Mouse O'Neill Shearing.

"Without them, you can't do a good job ... they do all the preparation of the fleeces. As far as I'm concerned, it's not solely me. It's a joint effort," she said.

Ms Blanchard has had a varied career since gaining classing qualifications at Lincoln after leaving school.

She worked for shearing contractors and on farms and had stint working in an office at the Oamaru Licensing Trust. 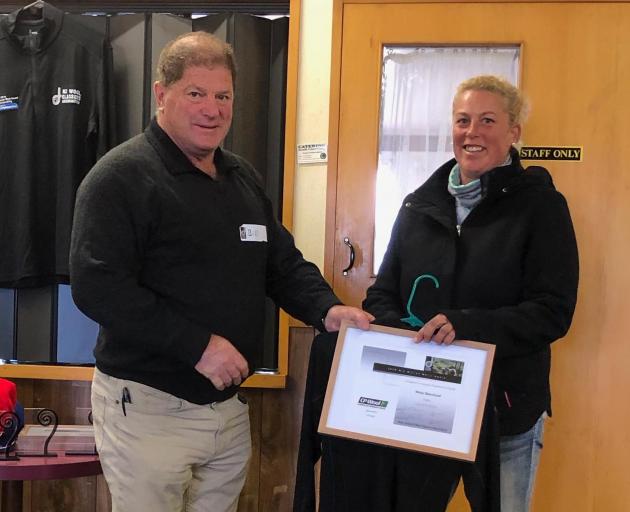 Nic Blanchard, of Tarras, receives her wool-classing award from Bill Dowle. Photo: Barbara Newton
Eventually, she moved to Wanaka where she worked in a bank for four years before deciding that she definitely wanted to go farming. The move was something she had never regretted.

She has been at Long Gully for three years and it was her third time classing the hogget wool. Classing suited her nature as she was very "fastidious".

"When I do something, I like to do it really right. It [classing] suits me down to the ground in that regard, I'm a fuss-pot and like it done properly," she said.

She acknowledged it was also a big responsibility given the wool clip provided the majority of farm income for the year, so it was important to get it right.

But she enjoyed the task and the challenge of it. Every fleece was different and the job was to put each where it best fitted, she said.

Long Gully ran just over 7000 ewes, with 1200 merinos and the balance being halfbreds, along with cattle.

She enjoyed the team on the station and the nice balance of hill country and flats, which now included pivot irrigation and new grassing.

With the global focus on environmental issues, Ms Blanchard said people were starting to realise that the cost to the environment from producing wool was very minimal in comparison with synthetic fibres.

Those involved with wool knew it was a superior product and it was about time that it received the exposure it was now starting to get, given its various properties, she said.

A highlight was a tour of the Canterbury Scour at Washdyke, one of two remaining scours in the country and the only one operating in the South Island.

Designed to make life safer and better for woolshed workers, farmers and shearing contractors, more than 500 people had signed up to date for the online programmes which were supported by ACC and Worksafe.

Tracey Topp, owner of North Canterbury-based merino clothing business Cosy Toes, shared the story of her business and of her desire to educate young people about wool and its properties.