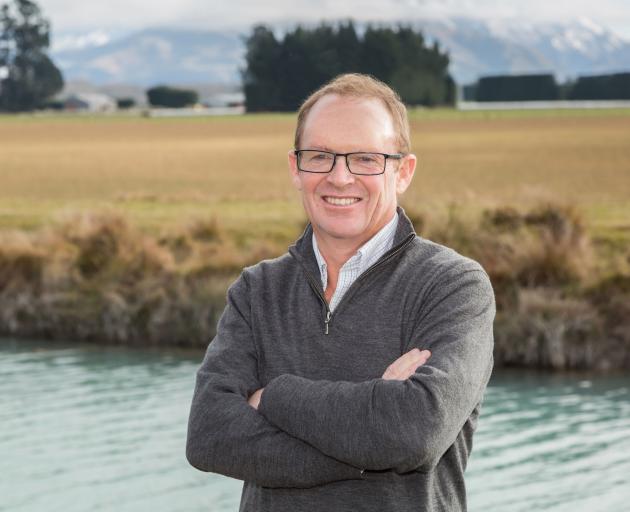 The result was announced at the recent annual meeting in Christchurch.

Mr Hanrahan, who farms at Fairton, along State Highway One, stood for the board of directors believing there needed to be more irrigator representation on the board.

He has 307ha under irrigation and along with his arable crops runs a beef finishing operation.

‘‘I believe that it is of fundamental importance that there is a strong representative presence on the board from irrigators, and in particular from the Canterbury region, being the largest area of irrigators contributing to Irrigation NZ,’’ he said, running for election.

‘‘On our property I have had involvement in the evolution from some dry land to border dyke, wide borders and the transformation to overhead irrigation, which now encompasses our entire effective area.

‘‘We have been early adopters of soil moisture monitoring, VRI and fertigation technologies that are now foremost in our farming operation.’’

Mr Hanrahan said current strategic priorities were taking Irrigation NZ in the right direction, but ‘‘in my view focusing on advocacy, innovation and communication are critical as we move forward in the current challenging environment of proposed changes that have the potential to severely impact all of our businesses.’’

He said the wider public needed to know about the positive work — and the significant changes — that had already taken place with in the industry.

Mr Hanrahan, along with Louise, has a family of four children.

Along with the farm, they operate an agricultural contracting business and own an established preschool in Ashburton.

Mr Hanrahan has extensive board experience and sits on the board of Ashburton Lyndhurst Irrigation Ltd (ALIL), and is a board (of trustee) member at Ashburton Borough School, as well as of a number of other agriculturally based companies.

He was also a member of Rangitata Diversion Race Management Ltd’s audited self management (ASM) committee, which was integral in establishing and implementing the FEP (Farm Environment Plan) dashboard.

‘‘I have found my time on the various boards to be very interesting, challenging and a great learning experience. I have a desire for more involvement in governance, especially within the rural sector.’’

Four candidates went for election in the online vote, open to shareholders of the national irrigation body.