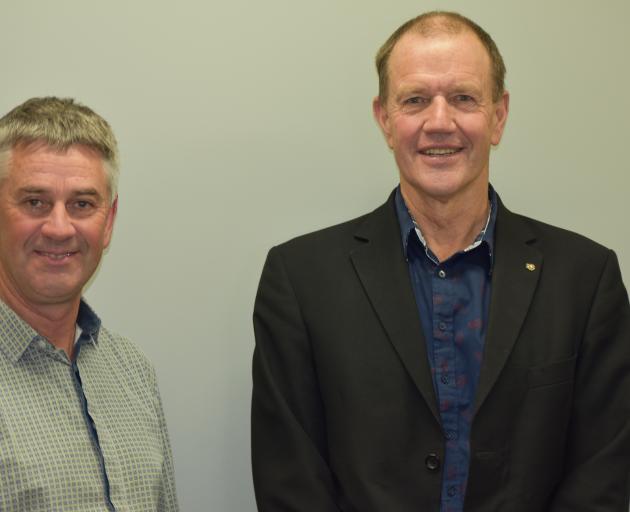 After 13 years, David Hewson, an arable farmer at St Andrews, has stepped down but will remain actively involved in the trust's work supporting the South Canterbury rural community.

Trust member Sarah Barr said Mr Hewson had played a significant role in developing the trust's capability and capacity to respond to adverse events and supporting individual farmers, families and staff, during his tenure as chairman.

In his annual report to the trust annual general meeting, Mr Hewson acknowledged the team he had worked with.

''I am always impressed by the skilled people who have been willing to step into roles in the trust.

''We have never been short of talented people to fill a role, short or long-term. Even at short notice we usually have a support person visiting a client within 24 hours.

''However, we cannot afford to rest on our laurels, because the rural community is coming under increased scrutiny from the general public and politicians.''

Mrs Barr said the trust initially focused on helping rural communities following adverse climatic events, but the scope of the role has grown well beyond that.

''The trust is now widely recognised as an effective and trusted support mechanism to assist those having difficulties. '

During Mr Hewson's tenure as chairman, the trust invested considerable time and effort in widening the scope of activity.

''Trust facilitators have undergone extensive training in better addressing the mental wellbeing needs of those they respond to,'' Mrs Barr said.

''At the same time, opportunities to both the rural community and the Rural Professionals serving them have been offered with events such as Lance Burdett's recent visit to South Canterbury, John Kirwan and 'Farmbreak' [and] have enjoyed good attendances.

''The trust has continued to build strong relationships with the rural professional community and other support providers such as Federated Farmers and Environment Canterbury.

''These relationships are vital in building a strong community and increasing resilience.''

Mr Adams thanked Mr Hewson for his contribution to the trust, most particularly in building a professional team of facilitators which has been extremely important with the Mycoplasma bovis outbreak.

''It is a huge honour for me to step into the chairmanship of the trust,'' Mr Adams said.