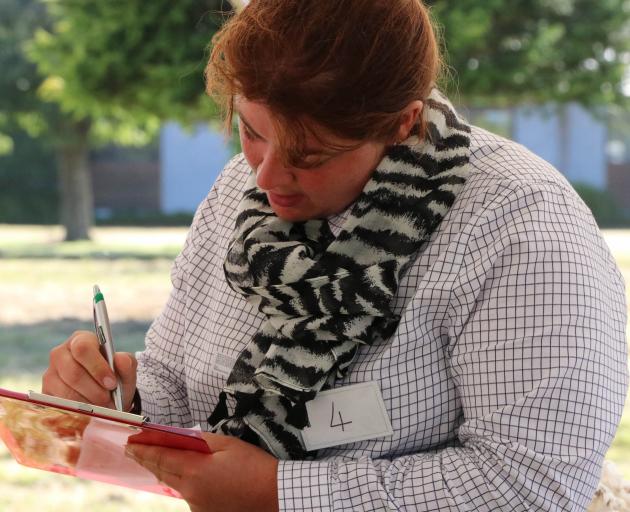 She is a member of the Strath Taieri Young Farmers Club, and while at the New Zealand Young Farmers Conference in Christchurch earlier this month, won the stock judging competition.

The competition attracted the young farmers teams from throughout the country.

''It was a huge honour to take out the overall title,'' she said.

''This year's competition included alpacas, which made things a little interesting.''

She and her sister acquired the sheep when their grandfather, Don Graham, died in 2006.

She lives on her parents' 1300ha hill country property at Hindon, northwest of Mosgiel, in the Taieri Gorge.

''My parents run a Texel sheep stud and I breed black and coloured merinos,'' she said.

''Its natural colouring means it's highly sought-after by spinners.

''They produce wool that is under 18 microns, which is quite fine.''

A trained rural veterinary technician, she plans to secure a regular buyer for the fleece when she has finished studying to be a vet nurse through Otago Polytechnic.

''I'm really looking forward to concentrating on the flock more once I've graduated and have more time,'' she said.

Her first time stock judging was at the Canterbury A&P Show in 2017 when she won the junior stock judging championship, securing a trip to Australia's capital.

''I got to judge at the Royal Canberra Show.

''It was an amazing experience.

''I would recommend it to anyone who's passionate about livestock,'' she said.