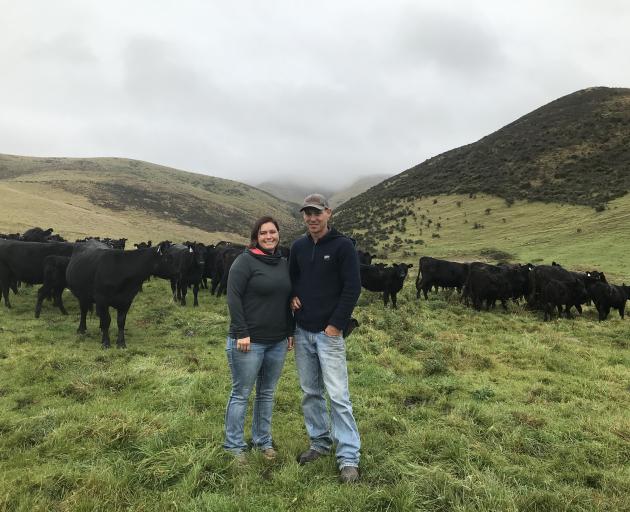 The sheep and beef property, near Albury, has been managed by Mrs Hughes and her husband John since 2017, the couple taking over from Mrs Hughes’ parents Rit and Sara Fisher.

The family was now busy preparing for its annual calf sale at Temuka saleyards on April 23, offering 610 AngusPure eligible calves.

Shenley has been in the Fisher family for 109 years and Mrs Hughes said she was "really passionate about the place".

Shenley Station is about 4000ha, which includes the 470ha Golden Hill property.. 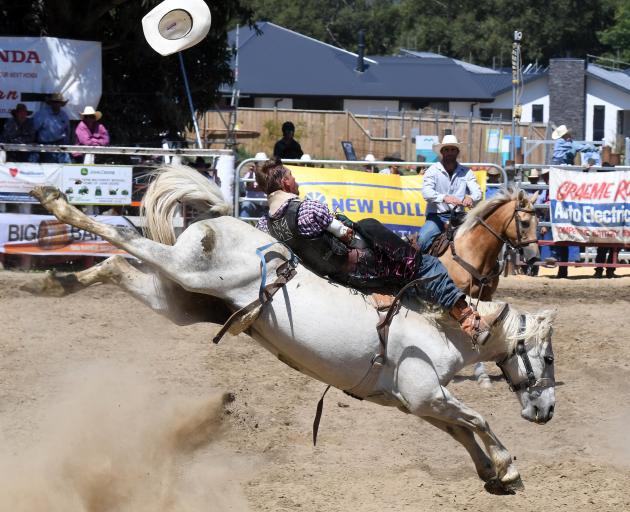 The couple run 2300 merino ewes and 1000 cattle, including 700 mixed-aged Angus cows on the hill country property.

She particularly enjoyed breeding and was interested in genetics, as she wanted to try to improve sheep and beef breeds.

She was feeling "very excited" about the calf sale and was looking forward to it going ahead without Covid-19 restrictions.

Last year, they had to adapt to selling them online due to lockdown but, fortunately, all the calves sold. In the next couple of years, they hoped to hold the sale on their property.

Living at Shenley was a dream come true for Mrs Hughes.

Her husband is from Rockhampton, in Australia, and he came to New Zealand to compete in rodeo, a sport for which the couple shared a passion. Mrs Hughes has ridden all her life and has competed in various equestrian disciplines. She has been a keen barrel racing competitor for more than 20 years and enjoyed breeding quarter horses.

Rit Fisher competed in rodeo for more than 20 years, which got his daughter interested in the sport, while Mr Hughes was influenced by family and friends 15 years ago. Rodeo was how the two met in New Zealand.

Mr Hughes moved to New Zealand at the start of 2016 while his two sisters and parents stayed behind in Australia. He has won Canadian, Australian and New Zealand titles.

Mrs Hughes was mostly interested in riding young horses non-competitively, breeding and training animals to sell, which was what she said she was "good at".

The couple travelled to Canada for rodeos and came back to New Zealand for summer at the end of 2013. In 2014, they moved back to Australia for 18 months but they were both made redundant and decided they would return to New Zealand for more opportunities.

"We both ride and so we figured we would be at least half useful to somebody," Mrs Hughes said.

In 2017, the couple married and took over the management role of Shenley from Mr and Mrs Fisher.

The couple thought it was a bonus lambing for merino wool that was from about 16 and a-half to 18 micron.

"We’re still very lucky we are getting paid well for our wool", Mrs Hughes said.

She was passionate about the wool and she and her father always classed the wool.

At the moment, the couple were hoping for rain as it was very dry in South Canterbury. Last year was the driest in 108 years, Mr Hughes said.

The Crown Pastoral Land Reform Bill would affect high country farmers and their ability to farm, she said.

The Bill, now in its committee stage, a public submission and hearing process, seeks to overturn the way 1.2million hectares of Crown pastoral high country land is now managed.

It would end tenure review, a process by which the Government has bought out all or part of some of the leases over the past two decades. It had been an ongoing issue and had caused a lot of stress, Mrs Hughes said.

Mr Hughes said the couple did everything to farm through a "holistic" programme implemented 20 years ago.

"We will continue it. We love the way it runs now and we aim to make things better", Mrs Hughes said.

Outside the farming operation, Mrs Hughes also runs a book-keeping business, doing accounts and payroll for six clients. She enjoyed that, saying it kept her mind busy.

However, keeping busy meant it was also hard to balance everything. Mr and Mrs Hughes would start their day at 7am or 7.30am and finish about 7.30pm.

Despite the long and labour-intensive days, Mrs Hughes said she loved her job.

"It’s central and it’s home. I can do anything here."

Mr Hughes — who got his first experiences dealing with sheep at Shenley — was happy they were surrounded by animals all the time.

"I get to hug my dogs, cruise around on horses and move around sheep and cows," he said.