Ploughman straight on to Minnesota 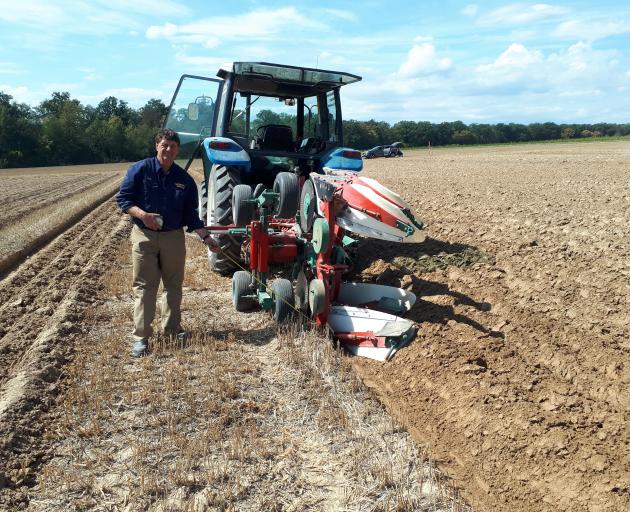 After placing eighth in Germany last year and second in Kenya in the reversible section of the world championships, he is aiming for gold this time round in the United States.

He has no intention of using a borrowed plough in Minnesota and a few weeks ago shipped out his trusty Ford tractor and Kverneland plough which will be awaiting him on arrival in the United States for the championships on August 30 and 31.

''My Ford tractor is not new but I like it, it's easy to get in and out of. If you want to win you've got to be competitive, you've got to have good gear and there's no point in going with borrowed gear and expecting to do well.

''I've seen contestants go all the way, borrow a plough and tractor and find the tyres or linkages are not right or they've even late in arriving.'' 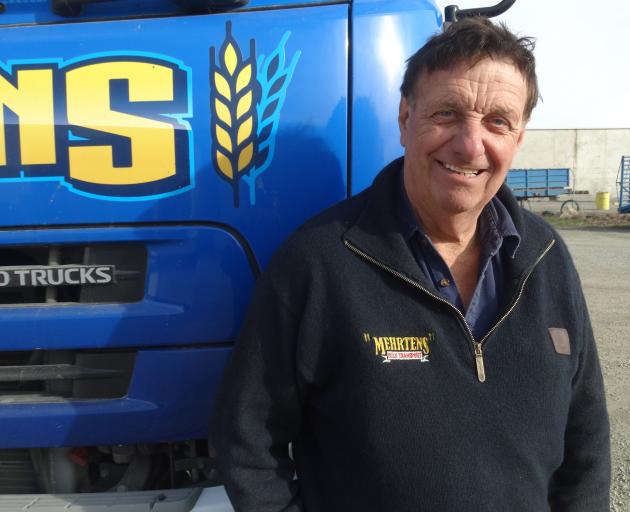 Approaching his 11th appearance at the world championships, Bob Mehrtens says he is as keen for success as ever. Photo: Chris Tobin
There is no chance of that happening to Mr Mehrtens, a veteran ploughman who admits to being as hungry for success as he has ever been.

''I'm a very competitive person but I take it all as it comes and work with what I've got.

''There are 27 other buggers [in the world championships] and there are so many variations.

''You can get stones in your patch or a hollow. It can be the luck of the draw.''

Being prepared for anything a competition throws up at him has been one of the keys to his success.

On one occasion, he ploughed at a national championships in which water covered a large section of ground. He persevered and won.

In his last major win - at the national championships in Chertsey earlier this year - he drew the short straw with his plot of land but he just got on with it.

''It was very challenging. It was like a gravel pit, very stony and when it's like that it can be very hard to keep it straight.

This was his 11th national title in the reversible plough section.

''I'm more motivated than ever. I've got close to the world title now and I've learnt a lot of tricks and I'm learning from overseas people.

Mr Mehrtens started competitive ploughing when he was 12 on his parents' Seadown sheep and crop farm.

Like farm children of those days, he turned his hand to anything around the farm after school and at the weekends, drilling, digging potatoes and shearing.

''Everyone had a few sheep in those days and grew wheat and barley.

''I went to a ploughing match and saw these fellas and thought I could do that - and do it better.''

Mentored by Seadown farmer John Kyle who helped with equipment until Mr Mehrtens could afford to buy his own, his ploughing career was launched.

''From the start I prided myself that while I was not at the top I was midway to the top and could do a reasonable job. I've never been last in my life.''

In 1990, he went to his first world championships as a New Zealand representative, for the conventional plough, and in his own words, ''haven't looked back since''.

''I've had great teachers and I've been prepared to put in the hard yards and learn new tricks; you've got to be prepared to listen.

Among the requirements to success was firstly driving straight.

''If it's bent it's a turn-off. I've seen some awful jobs at the world champs.

''And you've got to have buried everything. It looks good. There's nothing worse than seeing a lot of straw or green grass showing,'' he said.

''You've got to be patient as well, have an eye for detail and also consistency.

''It's no good doing a good job one day and next day a bloody mess.''

Being adaptable was important also and that was partly why he competed as much as he could around the South Island.

''You have stiff wetter soils in Southland and they're a lot freer in Canterbury.''

Each year, he ploughs in 10 to 12 South Island competitions.

One year, he did 16, fitting competitions around family life and operating a transport business at Washdyke.

His eyes are now set on Minnesota.

After four days of practice, he will come up against competitors from 27 other countries.

On the first day they will plough stubble and on the second day, grassland. The contestant with the highest points awarded over the two days takes the championship.

He expected tough competition, particularly from Austria and Republic of Ireland contestants.

An Irishman, John Whelan, of Wexford, beat him in Kenya and is expected to figure prominently in Minnesota.

''Ireland is the home of ploughing and they're very clever. At their national finals you can have 300,000 people there.