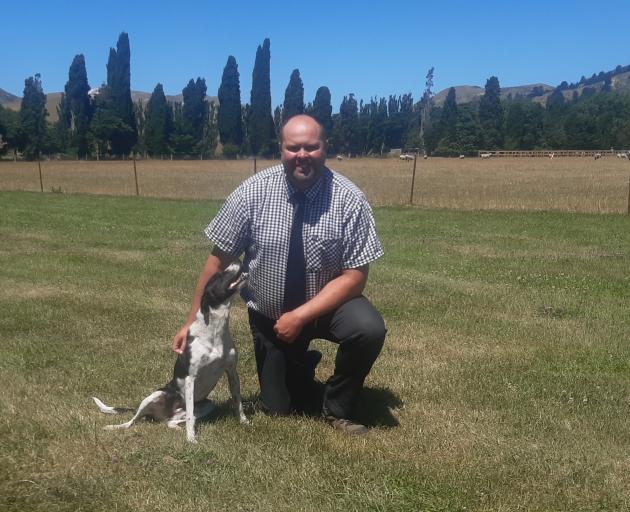 The pair have pulled "one out of the bag" to win the maiden final of the Tux New Zealand Yarding Challenge at Aratiatia Station, near Taupo.

The Maitland Sheep Dog Trial Club member won the South Island final of the competition at the West Otago A&P Show in November to secure a place in the final and travelled by car to take part.

The final of the maiden event was contested by the winners of the South Island and North Island finals.

Mr McCall and Sky scored 95 points compared with Jake Ellison and his dog, Bow, who scored 90.

"He was of a very high standard and I knew I had to really pull one out of the bag to beat him.

"He was a very, very good operator."

"One of the key things was being able to put a really high score on the board and put a bit of pressure on him to follow."

He was pleased with the great job Sky did of moving the sheep around the course.

"It was really nice and smooth.

The sheep were "bold" and "assertive", but Sky did not back off them.

"They were happy to challenge the dog and ask the question to see what the dog has got.

"She really did show them."

By the time Mr Ellison had his run, Mr McCall was not sure who would win.

"I genuinely didn’t know if I had done enough or not because both runs were excellent for the final."

However, when the result was announced he was "thrilled".

"I was blown away.

The same course is used in all the challenges, so the pair practised at home.

While he may not have practised as much as he could have, they went out twice a day for a week.

The older triallists had told him that repetition is important when training dogs.

"Dogs love repetition and consistency so they fall into the habit."

Sky was so used to the course now he did not have to give her many commands.

"I’ve just got to keep her calm and keep her steady."