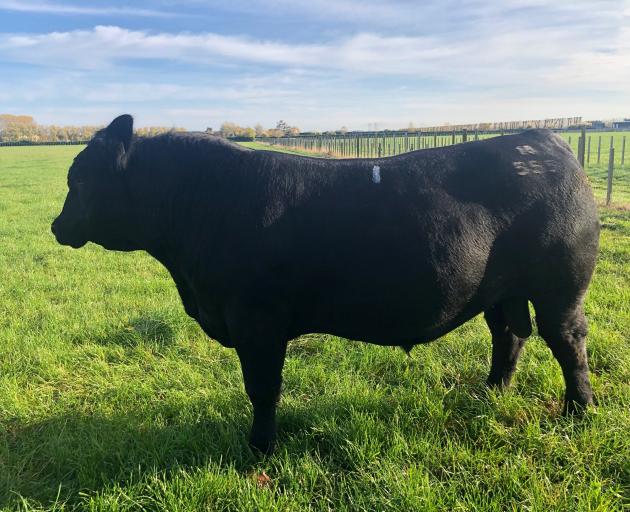 ‘‘There was some really good feedback about him, so that was good.’’ Mr Wilding said.

‘‘With this meant to be the 100th national sale, we wanted to make sure we sent something special and we are very happy he got recognised the same way.’’

The national sale was moved online through the Bidr.co.nz website.

‘‘We send the bulls up to Feilding in November, so there were a lot of bulls in the bull unit which are run together, so they can see how they perform,’’ Mr Wilding said.

‘‘We normally go up to an open day [in April] and then the sale, but we haven’t been able to go this year.

‘‘It’s been interesting because we really wanted to see him before the sale.’’

Mr Wilding said he was hoping to visit Te Mania 18555 later in the year, at the bull’s new home near Taihape.

Te Mania Angus Stud has been operating at Conway Flat, in North Canterbury, since 1928, having been established by Mr Wilding’s great-grandparents Edwin and Esther Wilding.

The stud’s main on-farm sale of 2-year-old bulls was due to be held later this month, while a yearling sale is held in October.

‘‘The last year was a really strong bull year, so it will be interesting to see how this year goes.’’