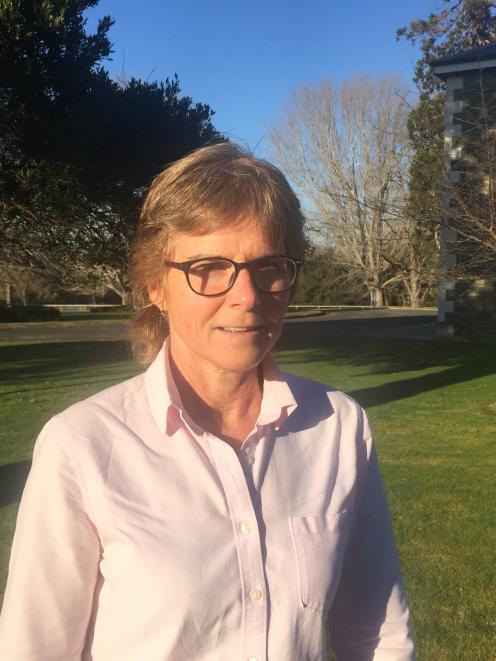 Debbie Rankin, programme manager, Southern Institute of Technology at the Telford campus, is relishing the role. PHOTO: MARY-JO TOHILL
Debbie Rankin has got many of the T jobs covered.

The Invercargill-Otatara educationalist began working for the Southern Institute of Technology at the Telford campus near Balclutha in February. The pandemic has upped the ante in helping transition people into the agricultural roles that they would probably never have considered, pre-Covid-19.

Ms Rankin has been put in charge of courses to retrain people, including the Agricultural Contractor Training short courses which have got under way at the campus, and the Telford Taster Camps and Go Dairy courses.

Her job is to co-ordinate prospective employers and government departments such as the Ministry for Primary Industries, to match people to the placement, which could lead to a job.

“I think these short courses are the silver lining to the cloud that is Covid. There are people in tough situations, and this has given them some hope. We’ve got some really good people who potentially are coming into the industry who might not have.”

To her, it is the dream job.

“It combines two things I really love, and those are the primary sector and education.”

It has been like going back to school for the 52-year-old, who has had to do her share of homework in learning the role. She lives on campus for most the week, leaving her partner, who is semi-retired, in charge of their pets.

Raised near Mataura, she was educated in Gore, where her parents live. Her first job out of school was with the Southland District Council as a town planner, which was followed by a stint overseas.

“I went to Nepal, and got into the hills, but it was time to come home and get a real job.”

She did a brief stint back at the council, and then left to train as a primary school teacher.

She taught at Waianiwa School for four years.

“I loved it, but I missed adults. I wanted to stay in education, but with adults.”

A job came up with SIT in programme development and distance learning, and she spent 10 years in the role.

Then she got a job with the smelter at Tiwai Point as a training specialist and was there for eight and a-half years.

“I enjoyed those years. It makes you appreciate an organisation that has a lot of time pressures.”

Having swapped the big sheds of an industrial environment for the pristine pastures of Telford, she can relate to changing direction in life.

The number of overseas people on visas caught in New Zealand because of the pandemic, but wanting to stay on, has changed the demographic of agriculture training students significantly.

“The other thing that has changed is having more adult students. Adults have added another dimension.”

Even before the pandemic became a reality, she could see real change in the agriculture sector.

“I also felt that agriculture was at a real tipping point, because of all the environmental issues that have come to the fore, and the Covid crisis made me realise how dependent we are on agriculture as primary producers.”

It also highlighted the need to have skilled people working in the industry, and she was pleased to be part of making that happen.

“I’m still learning, and it still feels new and exciting.”