'Really keen to work with team' at research farm 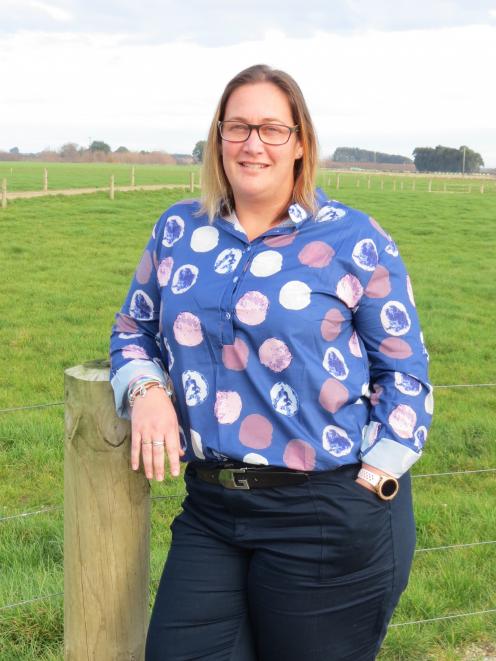 She is the new Southern Demonstration Research Farm's general manager, and in the month since starting her role at the Southern Dairy Hub, she has been working out how the pieces that make up the combined research facility and commercial dairy operation fit together.

She started the job on June 24 and is already thrilled with the possibilities it offers her.

''I don't know what I did to deserve this job but I have no intentions of giving it back,'' Miss Cook said.

''I am grateful for the opportunity and really keen to work with the team.''

The 349ha hub, which opened in July 2017, runs four separate herds for kale and fodder beet research trials as well as being a commercial business.

''I look after budgets, income allocation, paying the bills and wages, and health and safety.

''The importance of the research side means the cows have to be kept in four separate herds, and four separate calving mobs, all managed separately, so it is four times the complexity for day-to-day management.''

Before Miss Cook and her two cats moved to Invercargill, she was in charge of extension and farm systems development at Owl Farm at St Peter's School in Cambridge for two years.

''Before that I was two years at the Parininihi Ki Waitotara farm as the general manager of farming operations and they did three million kilos of milk solids from the wider 20,000ha of land they owned.''

She spent about six years as dairy business manager for Landcorp Farming (now Pamu) and before that was a DairyNZ consulting officer in Hawke's Bay and Manawatu for four years.

She also worked as a dairy assistant and sold car parts early in her career.

Miss Cook originally studied veterinary science at Massey University, but after three years decided it was not what she wanted and swapped to a bachelor of applied science in 2006.

''It was a hodge-podge of study and I am a geek and not afraid to say it.''

She said the new position was an opportunity for her to move into a leadership role.

''I see some real challenges for me down here, to learn and grow, and that includes the research side of things.

''The hub is an amazing facility and although it is young right now, I see massive potential in front of it.

''Hopefully, my unique skill set could be of value to dairy farmers.''

She enjoys working with technology, as well as doing jigsaws, cryptic crosswords and any form of problem solving and that extended to working out how to get the right-sized cat travel cage to where her two cats were in time for their flight to Invercargill.

''They are currently hostages in cat camp, which I suppose is better than being in cat incarceration.''

When not working she also enjoys motorsports and hiking.

''I am looking forward to working with Dr Dawn Dalley and the research team, and ... having some great community engagements and research outcomes,'' she said.