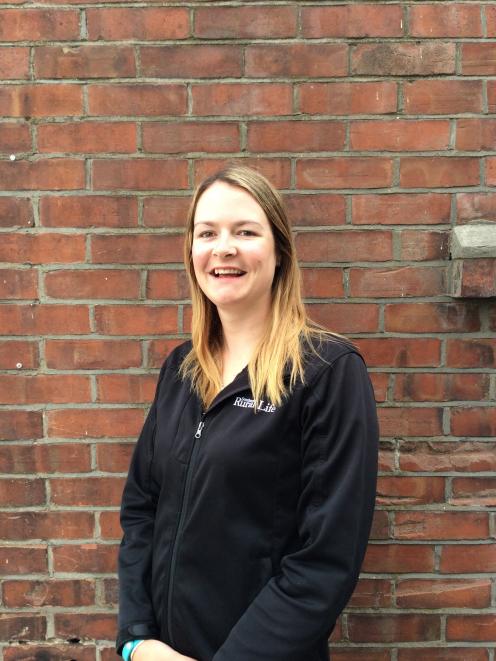 Southern Rural Life journalist Nicole Sharp says she is "incredibly passionate about the rural sector". Photo: Allied Press
Southern Rural Life journalist Nicole Sharp is the Southland A&P Show's John Robins Youth Ambassador for 2018.
The John Robins Youth Ambassador is awarded each year in the memory of the late John Robins, who was  passionate about getting young people involved with the Southland A&P Show.

Miss Sharp was presented with the award by Mr Robins' wife Joyce, at a function at Ascot Park Hotel, Invercargill,  on Sunday, commemorating 150 years of the A&P show.

The John Robins Youth Ambassador position was established as a way of encouraging youth to become involved in the show.

Miss Sharp said she was honoured to be awarded the position.

"I'm incredibly passionate about the rural sector and A&P shows are one the last remaining linking between urban and rural. I'm really excited to be a part of that,'' she said.

"John worked very hard to get young people involved in the show and I hope I can bring some new ideas to the table.

"There's so much work that goes on behind the scenes to make sure these shows run smoothly and I'm looking forward to joining the team.''

Included in the ambassador award, Miss Sharp will travel to the Southland A&P Show's sister show in Dubbo, Australia, next year.

Last year's ambassador, Georgie Bell, would be travelling to this year's Dubbo show in May.

The 150th Southland A&P Show will be held on March 3, at Donovan Park, Invercargill.