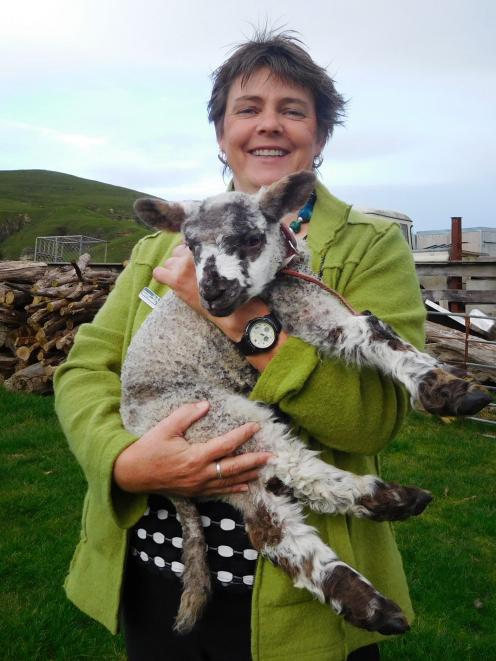 But as Rural Women New Zealand national president Fiona Gower points out, the social support aspect of the organisation remains as important today as it did when it was established nearly a century ago.

Ms Gower, who was in Oamaru last week for a RWNZ regional conference, wears many hats.

As well as her RWNZ position, she is also chairwoman of the New Zealand Landcare Trust, a qualified lifeguard and instructor, a Scout leader and a mother.

She was once asked why rural women were doing so well in leadership roles. Her answer: it was their ability to multi-task.

They could cope with "drop of a hat" emergencies or people calling in while helping their children with their homework, cooking dinner and making phone calls to the bank manager. And that ability meant they could step into other roles.

Ms Gower, who lives on a sheep and cattle farm at Port Waikato, where her partner works, is a proud third-generation member of RWNZ.

Her grandmother was a founding member of a North Island branch; her mother was a staunch member. Ms Gower grew up at gatherings of the Women's Division Federated Farmers (as it was known prior to a name change in the late 1990s).

After leaving her job in the rural services industry to have children, it became too far from where she was living to return to the workforce. Needing something to stimulate her brain, she pondered what she could do.

About 14 years ago, she rejoined RWNZ in the King Country.

Then she started her own small branch in the local settlement of Waitanguru and slowly became involved in the wider organisation.

When she won a speech contest at the national conference in Rotorua in 2007, it started putting her in the limelight.

It was a matter of "grabbing every opportunity" she could and she worked her way up through the organisation.

Ms Gower completed the RWNZ leadership programme and was then a Kellogg rural leadership scholar in 2009.

In 2013, she did the Agri-Women's Development Trust's Escalator programme and that was when she started getting the confidence "to actually know I could do something".

As part of her goal setting, it was on her five-year plan to possibly get on RWNZ's national council and maybe become president in 10 years.

Nine months later, she achieved the council goal, in 2013, and three years later she was elected president.

Ms Gower's tenure at RWNZ had been a "real journey" and the support she had received from members and the organisation had been incredible.

The organisation provided some great opportunities to learn, whether that was being on a branch committee learning leadership skills and meeting procedures, or running events and learning organisational skills and team work.

The beauty of RWNZ was it could give women opportunities to support their communities and make a difference,

such as through charitable work, like giving grants to families in need.

RWNZ's authoritative voice for rural communities was also very powerful: having a strong voice and giving decision-makers a rural perspective was very important.

While RWNZ had changed its image in latter times, back in those earlier days of WDFF, members were also very powerful fighting for communities, she said.

In 2025, RWNZ would celebrate its centennial.

It was worth reflecting on the fact the organisation had been around for that long, and on the differences it had made during that time, Ms Gower said.

It was also about changing the perception that women on farms were farmer's wives: they were farmers in their own right, often running businesses, and with transferable skills.

All the unpaid work they did needed to be valued and recognised - there would not be rural communities in New Zealand if not for those unpaid volunteers.

"The women in our rural communities are pretty amazing. We do it because we love it but we have so much fun."