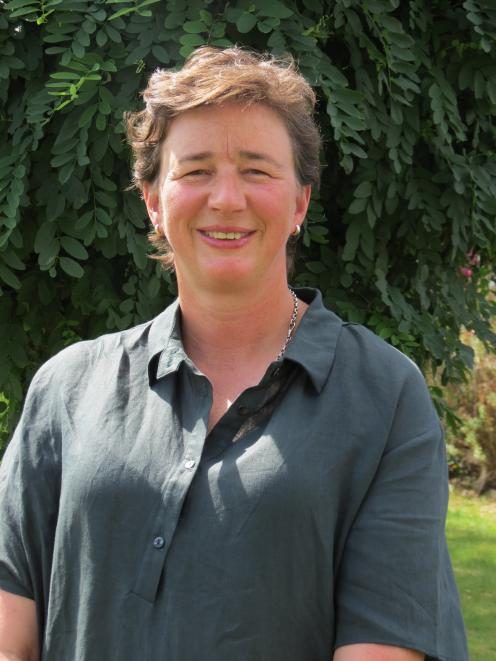 Dr Helen Darling, of Lowburn, is passionate abut the food supply chain and food literacy. Photo: Yvonne O'Hara
You could call Dr Helen Darling a foodie, but not in the consumer sense, rather more the ''no shenanigans'' sense.

Although based near Cromwell, she is the co-founder and director of Auckland start-up company, Sumfood Ltd, which was launched in 2017, and which focuses on food information, fraud, contamination, integrity, security and safety issues and the food supply chain.

Its slogan is ''no shenanigans''.

''We have to take a systematic approach to fixing the broken food system,'' she said.

''One of the symptoms is food wastage.

''We waste up to 30% of what we produce and then there is obesity and malnutrition.

''We can't fix any of those individual problems, we have to look at the whole system.''

In addition she wants to give consumers a voice when it comes to their food, as well as an understanding of where food comes from, why it costs what it does, and the process it goes through to reach the supermarket or the dinner table.

''A lot of consumers don't understand value of food products.''

There was a disconnect between producers and consumers and she wants to address that.

''A lot of our time during the first year was spent testing concepts and ideas, then reconfiguring, then starting from scratch again [if it didn't work].

''We are working on a predictive model for food incidents such as contamination, or fraud or food-borne illnesses, and that will be ongoing and continuously upgraded.''

Originally trained as a nurse in Dunedin, she returned to the School of Medicine to earn her PhD, completing it in 2005.

She was named the Otago Daily Times Business Leader of the Year 2013, is an Institute of Environmental Science and Research (ESR) director, and founded the Asia Pacific Centre for Food Integrity, which helped clients ensure their food products were safe, providing market positioning, traceability, auditing, and food fraud prevention services.

She also volunteers for the Food Ingredients Expert Committee for the United States Pharmacopeial Convention (USP) and the Food Adulteration Export Panel, which is part of the USP.

The USP has representatives from about 20 countries and they develop standards for food ingredients, including food additives, colourants, spices and probiotics.

She is a founding member of Oritain, a Dunedin-based company that provides geographical provenance for food and other natural items.

It was from there she became interested in the integrity of the food supply chain and launched Sumfood.

While she travels to its offices in Auckland regularly, she and the company's technicians and staff often work and meet virtually, allowing them to live where they choose.

Dr Darling spends much of her week away from home, but returns to the Moorpark and Mulberry Orchard near Cromwell, which she and husband Mike own.

They have two sons, Mathew and Hamish.

''Our orchard is a tonic.

''I come home from a week in Auckland and go around our orchard, and reconnect.''