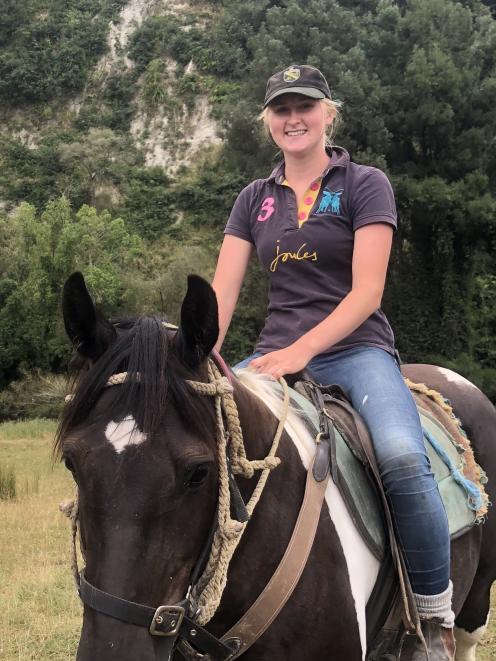 Photo: New Zealand Young Farmers
Phoebe Topp is counting down the days until she embarks on an educational trip to learn about farming in Brazil.

The Lincoln Young Farmers Club vice-chairwoman is one of 65 Lincoln University students to receive a Prime Minister's Scholarship to study overseas.

''I'm really excited. About 15 of us are going to Brazil in November. We'll get to attend lectures at several universities and visit different agri-businesses,'' Ms Topp said.

''It's going to be interesting comparing Brazil's farming systems with what I'm familiar with in New Zealand.''

The scholarships were designed to help improve understanding of the business practices and culture of New Zealand's trading partners.

Brazil has a population of 210million and is the largest country in South America.

It has the world's biggest commercial cattle and beef herd and was the largest cattle meat exporter, according to Trade and Enterprise New Zealand.

Brazil is also the world's top producer of coffee and sugar cane.

''I was awarded the month-long scholarship after applying for it. A motto I live by is 'You have got to be in it to win it','' Ms Topp said.

''A lot of people don't apply for scholarships because they think they're not the smartest or that they won't get it. My advice is to have a go.''

''I was astounded to be named as a recipient. It's a cool feeling. I'm going to put the money towards my student loan,'' she said.

''I learned so much. There were lots of forward-thinking ideas, it definitely got my brain ticking over and engaged.''

She had secured employment at West Wanaka Station when she returned from Brazil.

''I got the job through word of mouth. I'm extremely fortunate. A lot of students still don't have jobs to go to after their exams finish,'' she said.

Ms Topp grew up on a sheep and beef farm just out of Martinborough and had experience working on large-scale operations.

She spent the past summer at Siberia Station, near Hunterville, as part of a practical work placement.