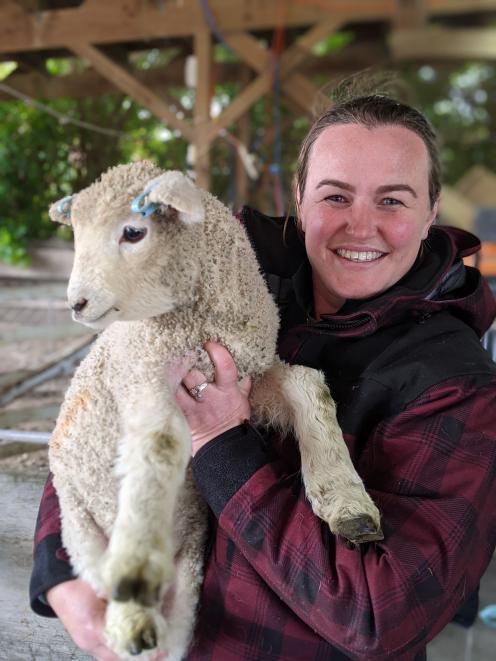 She has worked for AgResearch at Invermay for the past six years and during that time has had several major genetic studies to her credit.

"I really enjoy the mix with the lab work with more practical hands-on work."

Dr McRae is now involved in a study looking at the impact stress has on DNA modifications.

Her studies took her to universities in Dublin and Glasgow and she also spent time working in the processing plants in Gore and Mataura.

"My brother, Matt McRae, who is on the council, asked me if I wanted to join.

"As a co-opted member I provide perspectives about what is happening in research.

"Communicating science to people is an important part of my job."

Originally from a sheep farm in Mokoreta, near Wyndham, she loved science at school and then studied genetics and zoology in a double major at Otago University.

It blended her passion for science and agriculture.

After a semester studying zoology at the University of Glasgow, she returned to AgResearch to complete her master’s with AgResearch scientist John McEwan and Neil Gemmell, of Otago University.

Later, she obtained her PhD through Dublin City University.

She again joined AgResearch at Invermay six years ago, and during her time there has jointly published papers and worked on several projects in collaboration with other agencies.

"One project looked at sheep resistance to pneumonia, which is more common than people might think."

The study measured 14,000 sheep lungs and found 30% had lesions because of pneumonia.

"We found [susceptibility to] pneumonia was partially heritable.

"That means farmers can breed animals that are slightly less likely to get pneumonia."

Taking that project a stage further, they are ultrasound scanning live animals to see if they can detect lesions earlier, but have managed to process only about 200 so far because of Covid-19 delays.

She also oversees the central progeny testing programme, in which progeny from rams from throughout the country are run under the same conditions at Invermay, allowing evaluation with fewer environmental differences.

Another project, still in its early stages, involves looking at sheep DNA methylation or modification with particular focus on the influence stress can have on genetic expression.

They selected facial eczema as the stressor, although it is a bigger problem in the North Island than in the South.

While the DNA sequence of the animal does not change when under stress, genes can be modified or switched on and off because of that stress.