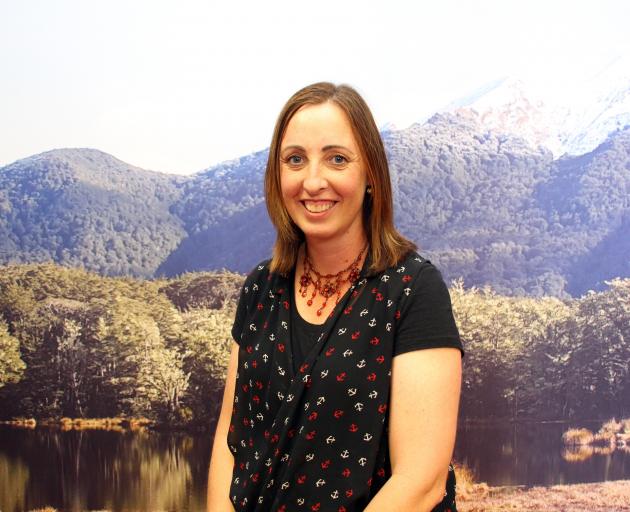 Mrs Hunt, a Chatton farmer and vice-president of Southland Federated Farmers, is a finalist in the primary industry leadership award in this year’s Primary Industries New Zealand awards which will be announced at a function in Wellington on November 23.

Balancing farming, family — she and her husband Alistair have two primary school-aged daughters — and rural advocacy was a "real juggle" and there were certainly times when the balance was not right.

However, she was a firm believer in volunteering — "that’s what makes communities tick" — and also role modelling that to her own children.

Most of the time, she saw no harm in them seeing her giving back to her community. The farming community as a whole were "really strong givers" to their community, she said.

Being named as a finalist, alongside Otorohanga dairy farmer Zach Mounsey, came as a "huge surprise", particularly given how many people were in leadership positions throughout the industry. But it was also testament to the structure of Federated Farmers, she said.

From a rural background, Mrs Hunt was brought up on a dairy farm at Dannevirke until she was about 8 years old, when the family moved to a kiwifruit orchard at Katikati.

After leaving secondary school, she lived in Auckland and Sydney before doing her OE, which included a year in London.

A keen rower, she returned and settled in Cambridge with the aim of achieving national selection.

When she gave away the sport, she trained as a teacher, during which

time she got a live-in position on a dairy farm where she helped out. It was there she got involved with Young Farmers.

During that time, she met her husband, who was working for a large agricultural contracting business. The couple bought the farm where they now live in 2006 and moved south permanently the following year.

The Hunts became members of Federated Farmers after storms in 2010; while they were unscathed by the storms, they were very impressed by the organisation’s response.

In 2017, Mrs Hunt was elected Southland Federated Farmers meat and wool chairwoman. It was not her first leadership role — she had been involved with both Gore Parents Centre and the Kids Hub project.

Her involvement with the rural lobby organisation had been a "great way to learn as you go", building experience and skills.

"Suddenly, you find yourself organising massive events like the Town and Country hui," she said.

That was a Federated Farmers and Southland Chamber of Commerce initiative which was held in Invercargill on Friday.

That award celebrated an "up-and-coming" member who championed the needs of fellow farmers and was a positive role model for other young farmers with clear goals for the future.

Mrs Hunt said the support through Federated Farmers was "fantastic". During a drought several years ago, she was in North Canterbury where she was tapped on the shoulder, asked how things were going and offered support.

While the likes of Mycoplasma bovis and Covid-19 had been "fairly novel things", most things that happened had happened somewhere else before, so the organisation usually had experience in dealing with it.

The controversial freshwater regulations were the biggest issue Federated Farmers had to deal with during her tenure with it — and probably the biggest thing since the removal of subsidies in the 1980s. "It’s absolutely game-changing for the farming sector and the country," she said.

It was very important that Federated Farmers was heavily involved to help ensure the regulations were fit for purpose and it illustrated why the organisation was so essential, she said.

It was the combination of its policy experts, and grassroots farmers that made up the executive, that was its strength, she said.

There had been much publicity in Southland about the regulations, but she believed that was because the region had "woken up to it the first and made the loudest noise".

The rules had ramifications for farmers throughout the country. "There’s something in it for everybody, unfortunately not all positive. A lot of people haven’t realised how bad this could be if it doesn’t get worked on," she said.

Mrs Hunt’s phone had been ringing red hot — "it’s nuts" — and there was a "huge" amount of anxiety throughout the farming sector.

A lot of that was around the fact that it was obvious to farmers that some of the regulations were not going to work and there was "almost a desperation" to make others understand that as well, she said.

"Hammered" was a good word to use to describe how farmers were feeling. It felt like it had been one thing after another for a long while, she said.

Southland had gone from drought to Mycoplasma bovis to the HT swede debacle to flooding, Covid-19 and now the freshwater regulations.

But, off the back of Covid-19, Mrs Hunt also believed there was an increased appreciation for farmers from urban folk.

That was reinforced with organising the hui in Invercargill when the Chamber of Commerce jumped at the opportunity to be involved.

That was also evident during the tractor rally in Gore last week, in protest over freshwater regulations.

People on the streets were waving and smiling at the procession of tractors as they rolled through the town, she said.

Mrs Hunt was often asked why she did not put her name forward for the national Federated Farmers board, or other boards.

She acknowledged she was not in a position to spend several days a week in Wellington. With a young family and a farming business that she was heavily involved in, it was not possible.

But she loved giving to her local community and wider Southland region and she had "every opportunity" to do as much as she wanted to do, within the organisation, without needing to have a national role.