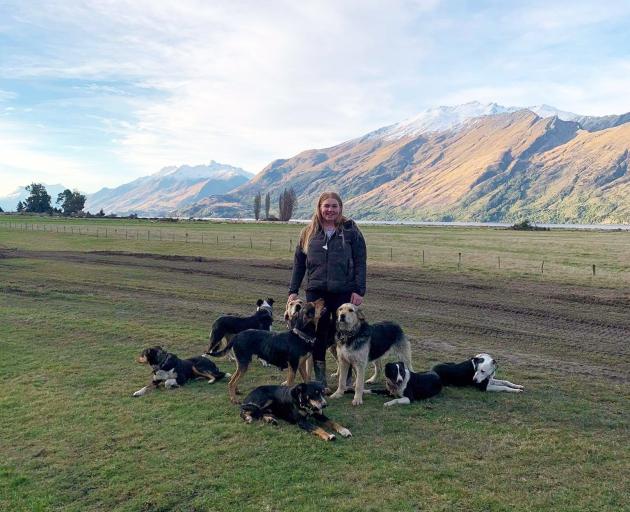 Balfour Young Farmers Club committee member Briar Swanson is surrounded by working dogs on Mt Nicholas Station in the Wakatipu Basin. PHOTO: SUPPLIED
Dogs are set to howl at the stars for Matariki in Northern Southland.

Shepherd Briar Swanson said she would enter her huntaway Trick in the inaugural Bark Up competition at the Balfour Rugby Clubrooms on Friday.

She was "very confident" the 6-year-old huntaway would conquer any performance nerves to produce barks loud enough to secure some silverware on the night.

"I’ll give her a whistle and she’ll have a massive haul-up on the table."

A haul-up was when a dog was in the state of "flat tack" barking.

Trick had entered similar events before and proven herself to be very confident in the spotlight.

The most sought-after prize on offer at the event would be bragging rights for the year, Miss Swanson said.

Dogs could be entered in three competition categories — working, pet and team.

Children could enter their pooches to bark in the pet category.

Three people could enter a dog each to howl in unison in the team category.

A panel of judges would decide which dog or pack made the most noise to win each category.

Miss Swanson, a Balfour Young Farmers Club committee member, said her club was running the event in unison with the Balfour Lions Club, which was holding its annual hay drive earlier in the day.

Interest in the competition had been strong, she said.

"It’ll be a good social night out. The dogs’ barking up is awesome but it’s more about bringing everyone together for some fun." 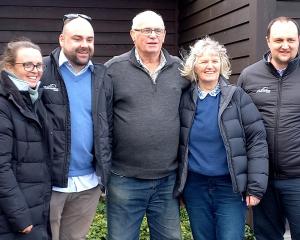