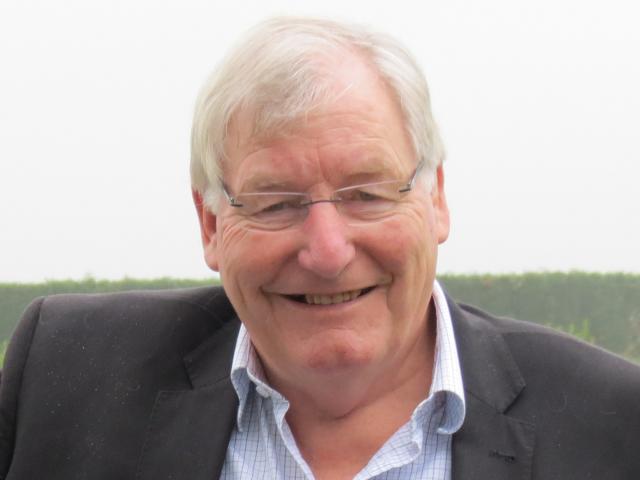 He has been a stock agent for almost 40 years, but trained as a lawyer, and has driven livestock trucks, worked on farms and worked for the Ministry of Agriculture and Fisheries.

''I came to the job by a rather circuitous route, leaving school to train as a lawyer, which did not work that well,'' Mr Cairns said.

''Roman law, the Goths, the Vandals, the legal system and other things pertinent to the noble profession didn't hold my attention.

''That was an effort that may have been better used in study but resulted in quite a successful rugby period.''

''Bill Richardson was an outstanding man and his early demise, apart from the loss to his family, was a huge loss to the integrity of business in Southland,'' Mr Cairns said.

He spent 11 years as a MAF livestock officer, and then a year sharemilking.

He was offered a job by Noel Gutsell, livestock manager of the Southland Farmers Co-op, which lead to his career in the stock industry, working his way through the ranks to head auctioneer, and livestock manager.

Mr Cairns was made branch manager but said the promotion came with a sad cost as he replaced his brother-in-law ''and great mate'' Michael Duggan, who died.

After the Co-op was sold to Reid Farmers, Vin Nally and Ross McKerchar and Mr Cairns formed Southstock.

Mr McKerchar and Mr Cairns ran the company for 20 years.

''We never had a cross word.

''We didn't make a fortune, but we made a few bob.

''Funny things happen when starting a new firm, and choosing a name was one of them.

''It's harder than you think, a bit like naming a racehorse, except you can't afford to be second.

''You get another chance with a horse but not with a company.

''We were supported by very good associates like Allan Stalker, George Kelly, Ox McEwan, Prime Range Meats and our admin man Peter Bellew and numerous others, and employee, Nicky Ashworth.

''The bravest supporters were the people who gave us their business.

''The support we got was amazing and the memory of the people who gave it will stay with me until I get in the shiny box.''

After the cancer diagnosis, the partners sold Southstock to Peter Walsh and Associates in 2017, (now PW&A Southstock).

''There were other reasons for selling the business but 'rust' (cancer) was foremost.

''We had other people working for us and I didn't want them to be out of work,'' he said.

''I thought I was heading for the grave.

''It was scary but I have been very lucky with the cancer, or the 'rust', behaving itself.''

He paid tribute to his wife Erin and his four children: Shaun, Marie, Anna and Daniel.

''The kids have all done their time putting up breaks, tailing and, as they got older, feeding hay etc because I was away.

''The job as an agent is quite hard on family life but, in a way, working together strengthens family relationships and you have a lot of laughs.

''Late meals, filthy pants and lots of them after days of drafting are all the lot of an agent's wife.''

He enjoyed the Progress Valley (Catlins) cattle and store lamb sales, Robert and Rosemary Gardyne's ram sales, mustering cattle at Tuatapere, horse sales, both at Glenary and at private sales, and the two-tooth fairs at Lorneville saleyards when the yardings held more 30,000 head.

Mr Cairns said the most important assets a stock agent had were his reputation and his integrity.

''I have got a good reputation in this business and I guard it.

''Part of the joy of my job is the great friendships made and I am now working for the third generation of farmers on the same farms,'' he said.