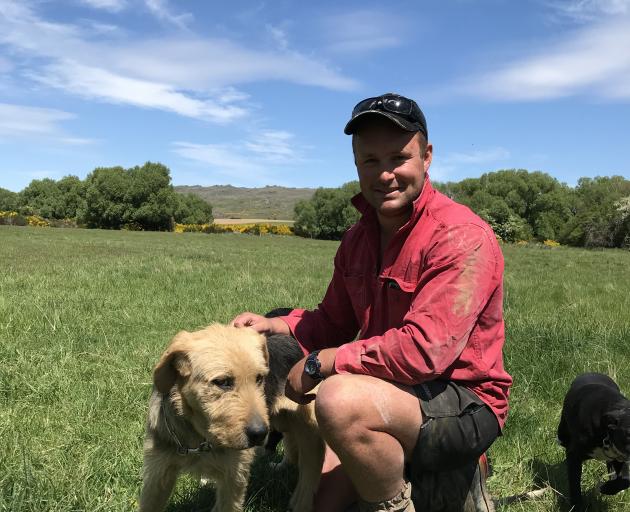 In 2018, things were ticking along nicely for Mr Hamilton. He had just proposed to partner Lanni Shaw and was working on a farm in the Te Anau basin.

‘‘I started to get strange tingles up my legs and into my back and over the course of about four days it just got progressively worse with a lot of pain.’’ 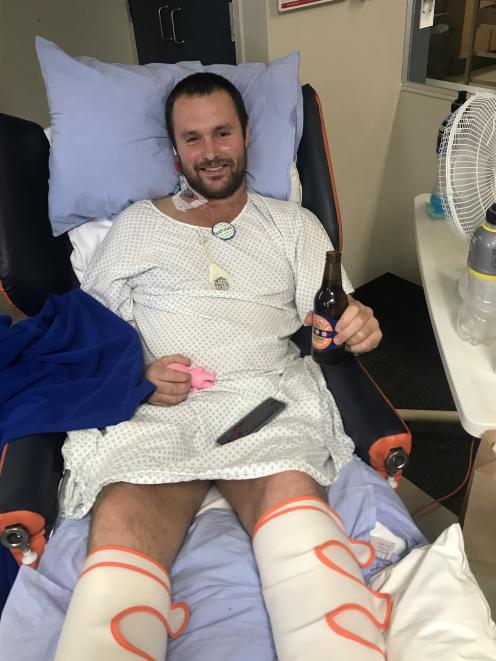 Leo Hamilton last year in hospital recovering from a mystery illness which had him paralysed from the nose down. Photo: Lanni Shaw
The details after that are a bit sketchy for Mr Hamilton.

However, Miss Shaw said the illness made him lose his eyesight, he could not speak and had no control over body functions.

A diagnosis had doctors scratching their heads but plasma exchanges and anti-viral drugs stopped him slipping further.

When he stabilised, Mr Hamilton was moved to the Burwood spinal unit in Christchurch where he relapsed three times before finally improving and learning how to walk again.

Miss Shaw said considering the severity of his symptoms, the recovery was quick.

‘‘He got sick in the August and by November he was out of hospital and back at work on a tractor,’’ she said.

‘‘One week of sitting around the house when I got out of hospital and I was going mad,’’ Mr Hamilton said.

‘‘ I needed to get back into work, even if it just meant light duties.’’

The couple have since moved to Central Otago where Mr Hamilton works as a stock manager on Hills Creek Station and Miss Shaw has recently started a new sales role for a Ranfurly veterinary practice.

Regaining his fitness has been a priority for Mr Hamilton and he has plans to get stuck into the dog trial circuit this season.

‘‘For sure it puts things in perspective. We’ve just got to live our best life and not take anything for granted.’’

As far as a diagnosis goes, doctors are still unsure.

‘‘The last conversation they had with me when I was at Burwood was that it might just all be psychological. That was the day I packed my gear and discharged myself.’’

Whatever the illness was, Miss Shaw said they were happy to put it behind them.

‘‘We are keeping positive and looking forward to what lies ahead,’’ she said.