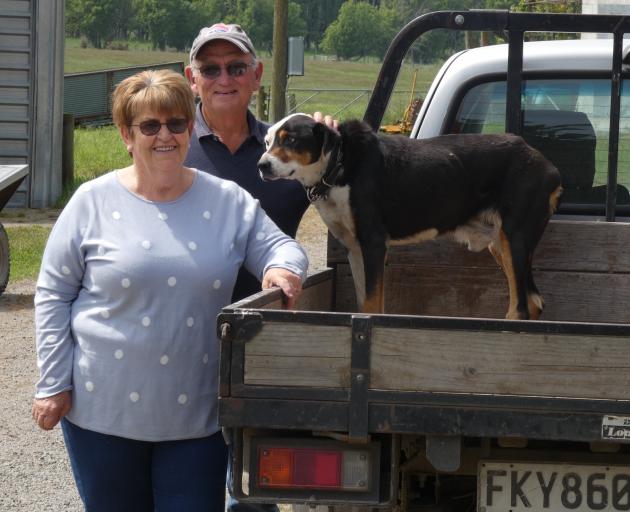 A question from their stock agent Anthony Cox about whether they wanted to sell their Bankhead Dorset Down stud planted the seed.

They had talked about this before, but the difficult parting was never going to be a simple exercise. For a start, there’s a lot of history attached to number 46 in the stud book for the breed.

The crunch came at lambing time this year, he says.

Colin (74) had a ewe with twin lambs which were not drinking. After several hip and back operations, he struggled to get them on to the trailer and that made the decision easy for him.

"I thought this is hopeless and we can’t carry on like this, so that was the confirmation we had to do something. It would’ve been nice for someone to come in and buy the stud, but that was not meant to be and Coxy is very enthusiastic about this sale."

So on January 21 they will bid farewell to the stud flock at a dispersal sale. Just over 90 mixed-age ewes, 23 two-tooth ewes and 38 ewe lambs will go under the hammer.

Colin’s father, Andrew, bought ewes from the Boyd-Clark family in Blenheim and registered the stud in 1964, after starting a southdown stud in the 1940s.

Colin can recall them as being big, upstanding animals, and marvelling at their ease-of-lambing in the early 1960s.

He says the Dorset Downs were virile animals, producing lambs with "get up and go". They were bigger framed sheep then and produced larger lambs.

Equally, the Southdowns were renowned for producing twins and triplets.

Commercial clients would often buy two of each, to get more meat on their mainly Corriedale or Romney flocks, he says.

He was a late starter to sheep breeding as tractors were his first passion. When his brother moved to dairying, Colin slotted into this role in his 30s. 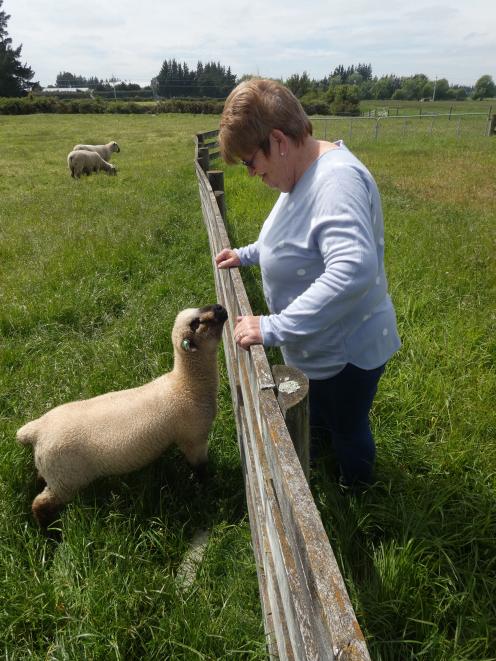 Romneys were later run at Bankhead as they found the first cross Romney-Corriedales were suited to the wetter ground. Romney rams were put over Corriedale ewes until 10 years ago when they phased this out.

Colin always felt the Southdown was better for producing fat lambs for the straight Corriedales and the Dorset Down for the Romney-Corriedales.

When his father died in 1972, Colin took over the studs and, eventually, put his own stamp on the sheep.

That was the year he and Liz got married. Both of her parents had been on farms and it was an easy transition moving from Christchurch to West Eyreton and later to Bankhead.

"The Dorsets I always thought were big, almost bad-tempered, and they were in that day, they were pretty fiery," says Liz. "I was used to that as I had spent a lot of time on farms so it was no new thing really."

Colin can remember struggling to keep the first ram hoggets in the yard, as they would just jump over the rails. Over the course of 50 years they’ve watched them transform into the sheep they are today.

Colin feels strongly that studs should be working first and foremost for commercial farmers.

He is proud of the many show ribbons they’ve won over the years, without losing sight of the fact that the animals need to perform on farms.

Whether in the showring or the salesyard, his competitive instincts pushed him to be the best he can. That stems from his rugby-playing days, when the Oxford senior side had three All Blacks.

Bankhead has been scaled down over the years with the Smiths only farming 110ha now, and a nephew leasing half of this.

A heritage home of seven bedrooms dating back to 1865 — first built by the Garlands — was burnt down in 2011.

Colin and Liz were in Akaroa at the time when the blaze ignited at 2am from recently-installed faulty wiring. Just about all their possessions, including stud records, were lost, and a new home has since been built. 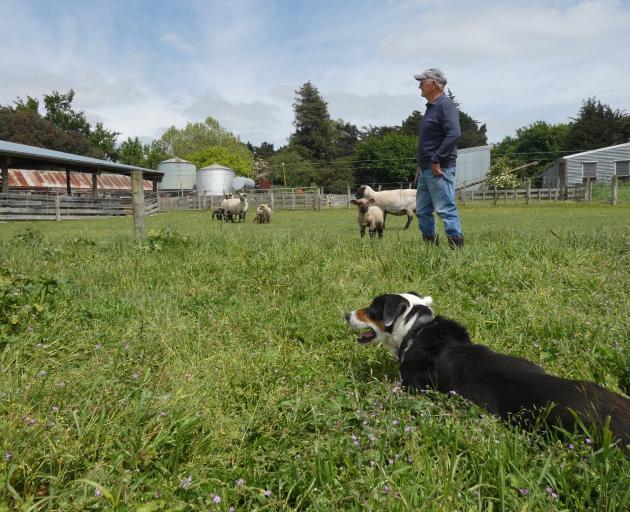 Colin’s grandfather bought the property in 1911. His father took this on in 1947 after adding another dry land property on 160ha of flat land at West Eyreton in 1929, where sheep were mostly run.

Cows were milked at Bankhead until the year 2000 when a successful partnership of 25 years between Colin and his brother was dissolved.

The brothers basically swapped farms, with Colin and Liz moving to Bankhead. The first thing they did was convert it to a sheep farm when everyone else was moving in the opposite direction.

"It was very much [unusual], but it was such a practical way of dealing with the situation both families were in, really. I never liked milking cows anyway as in my school years I would be coerced to come over here for milking in the weekends and never enjoyed it."

The Downs provided good sheep country and a 30ha block over the road was reserved for beef cattle. Colin continued the Southdown stud until 2007, when it became obvious that the farm wasn’t large enough to run two studs successfully.

"Southdowns were popular at that stage and they still are, and it seemed the natural thing to do just to keep one of the studs for management’s sake and for commercial sense really. The commercial flock was bringing in the money and we cut the studs back a bit so we could send more lambs to the works."

About 150 ewes and older rams were sold on the day. This genetic base had produced champion rams and ewes at the Canterbury A&P Show through the late 1990s to the early 2000s.

Colin’s perhaps most proud of working to improve the hindquarters of his Dorset Downs.

"The Southdown always had good hindquarters and they were renowned for that, and when we sold the Southdowns I wanted to reach that with my Dorset Downs. I think we’ve come some way to doing that and improve that in that area in tune with what the market requires now. They’re as good a meat breed terminal sire as you can get."

When they first started they were fortunate to reach a lambing percentage of 110%, and now it’s at 140% for the stud flock.

A Dorset Down ram made the record price of $17,500 in 2019 at the combined Gums and Bankhead Ram Sale with the Stevensons. Sadly, the sire died suddenly and even though they’ve had their own similar stories, that still doesn’t sit well with them.

The Dorset Downs have won their fair share of ribbons too and more lately — the Smiths won the silverware for the best meat breed ewe hogget and champion Dorset Down ram at the Ellesmere A&P Show.

So they’re leaving on good terms, knowing their stud sheep are at their best. 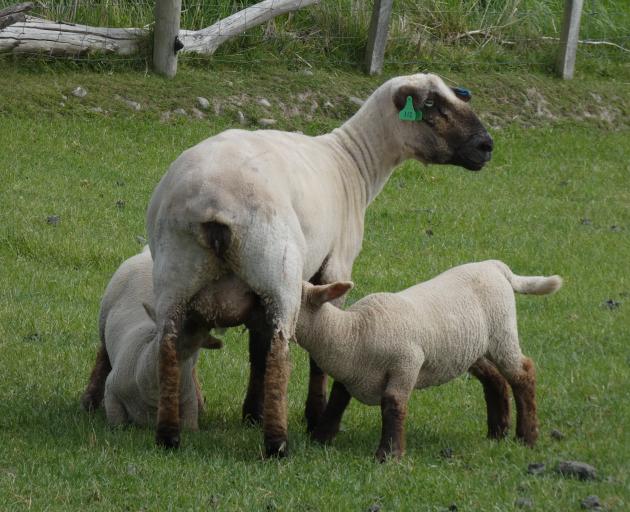 Without family to carry on the stud it’s an easy decision. Their son is a professor of agricultural economics at the University of California, Davis in the United States, and their three daughters have moved in different directions.

Colin says they’re happy they followed their passion. That said, they hope a future Smith will take on Bankhead to carry on the family legacy when they’re ready to move on.

Liz says they’re not sure what’s ahead of them, but one door always opens when another shuts.

She says it’s time to stop with Colin reaching 75 next year.

"That’s the thing: you either pull the pin and have a life or just keep going. I think if you’re wise you keep notice of these things."

On one level, Colin’s happy to see the genetics being passed on to other farmers to keep the breed going.

"The fact of the matter is I have to face facts and can’t keep going like this. It’s going to happen this year, five years or whatever. So why not now while our stud’s in a good a position it has even been?"