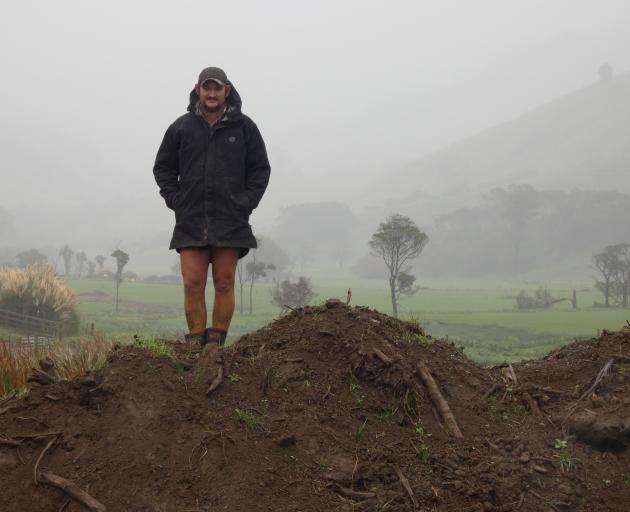 The peninsula suffered an unseasonal weather bomb with 350mm of rain landing in an isolated area from Lavericks Bay to Flea Bay over 15 hours on December 15.

Not one to stand aside when others need help, Mr Masefield took on the co-ordinating role to help farmers get food, communication and the assistance they needed.

That earned him an Outstanding Service Award at the monthly meeting of North Canterbury Federated Farmers.

"It was a wee bit out of the blue and I didn’t expect to get anything like that," he said.

"I just did what I had to do and wasn’t looking for any recognition or anything on those lines."

His family’s six-generation farm at Goughs Bay was among areas hard hit by the heavy rain. Mr Masefield, of Duvauchelle Bay, arrived the evening before the rain deepened and helped to get a bogged-down fencer back out when there was only one slip at that stage.

"I thought we might get half a dozen slips or whatever, but the next morning all chaos broke loose."

The force of the rain dumped trees on beaches and river mouths, wrenched out bridges, culverts, power lines and fences.

Rivers changed direction and large sections of roads were washed out with the worst-hit areas stripped of trees and left with extensive slumping and slips.

Farmers woke up to new boulder rivers and when the waters subsided silt smothered hectares of land.

Mr Masefield said he stepped in because there was not much happening.

"The next day I went on the farm track on the motorbike and got the sense that people didn’t realise how bad it was. We got the council guy down to try and rattle some dags and with the power out we had to start organising generators, food and helicopter stuff in for people."

Some farmers were left without power for 10 days and remained isolated from washed-out roads.

On the access road to Goughs Bay there were more than 30 slips and brown sludge was left on the lower flats by the coastline.

"I would say two-thirds was under water and we shifted close to 5000 tonnes of silt over many weeks."

A big pile remains next to the woolshed and another heap is next to a patch of native bush, while many more hollows have been filled in.

The areas was clear of weeds beforehand, but gorse, willows and thistles have started rearing their heads in paddocks.

He said they normally got 1000mm of rain a year with some of the older farmers rating it as one of the heaviest deluges in living memory.

Mr Masefield said offers of help from the close community came pouring in and the Fulton Hogan crews deserved credit for opening up tracks initially for motorcycle access and then fixing the roads.

They have been working on the Goughs Bay road for about two months and probably will not be finished until the end of next month, while the Hickory Bay road is back in working condition.

North Canterbury president Caroline Amyes said Mr Masefield took charge of the situation and his reporting and checking in on people was "just superb".

"The community really loved seeing and appreciated George for all his efforts. We heard it said time and time again how wonderful it was to see someone.Well done George — you are a true hero, a real natural with a clear love for your community."

She joined the Banks Peninsula branch in the early 1990s and went on to become provincial president from 2000 to 2004 and later received a Member of the New Zealand Order of Merit for services to conservation and the community. 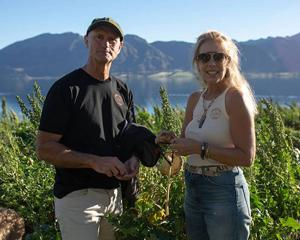