Will to Live response pleasing 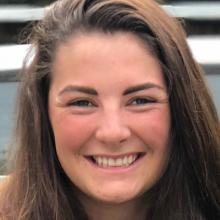 Elle Perriam
"Overwhelming" is how Elle Perriam describes the public response to the rural mental health awareness campaign Will to Live.

Targeting young rural men and women, it was launched following the death of Miss Perriam’s boyfriend, Will Gregory, in December last year.

Her target for a PledgeMe crowdfunding campaign to cover the expenses of a regional Speak Up tour in country pubs next year was $15,000.

But with a bit more than $18,000 raised through that, and more sponsors coming on board, she reckoned the amount  raised was now around $20,000. That meant  the number of events  throughout the country could be extended from 10 to 14. Financial contributions had also been matched by "kind affirmations" about the initiative.

"We couldn’t have asked for a better response," Miss Perriam said.

The campaign has been driven by Miss Perriam, Mr Gregory’s sister, Sam Gregory, and his best friend, Adam Williams.

In the next month, Will to Live would seek feedback from people on where they wanted to see the tour visit and dates could then be organised.

It would be over the winter months as it was a less busy time on the farming calendar and winter could also be "pretty depressing" for people going to work in the dark and returning home in the dark.

"Everyone gets the winter blues," she said.

and her black huntaway Jess, who is  the campaign’s mascot, the Lincoln University student said.

The pair had made television appearances and it was fortunate  Jess was such a kind-natured dog who "loves everyone" and  had taken it largely in her stride.

Appearing live on The Project was a little daunting but she endeavoured to represent the country’s young farmers within the short segment, she said.

The pair also attended the Hunterville Huntaway Festival and took part in a mass bark-up in support of the initiative.

Already, she was hearing about people having conversations about mental health in the rural community and that was very heartening.

"That’s the stuff we want to hear," she said.

Instead of focusing on her own difficult and sad connection to mental health difficulties,  she would "rather help people find their gratitude instead of finding their negative".