0 Comments
Alexandra teenager Charis Morrell has been around sheep and shearing from before she could walk.

But it is only this year that the award-winning woolhandler has felt that "everything clicked" for her in the job.

The judges of the New Zealand Corriedale woolhandling championships at the Canterbury Shears in Christchurch last month took notice, the 16-year-old claiming her first senior title to add to three junior titles on lambswool over the past two seasons.

Champions run in the family — father Dion Morrell is a former shearing champion and world record-holder, and sister Pagan Karauria is also a world champion woolhandler.

Charis’ parents were shearing contractors before she was born, and her father would carry her around the sheds when she was "really little" and explain things to her, she said.

She started woolhandling at age 11 when she and her mother, Gabriela Schmidt-Morrell, who is from Switzerland, entered a Swiss team in the world championships when they were in New Zealand.

"We had to do some really quick training so I could do it.

"We really only had a year."

When someone first started in the sheds, more experienced workers helped them learn the basics, but she thought the easiest way was to just put them in the shed. 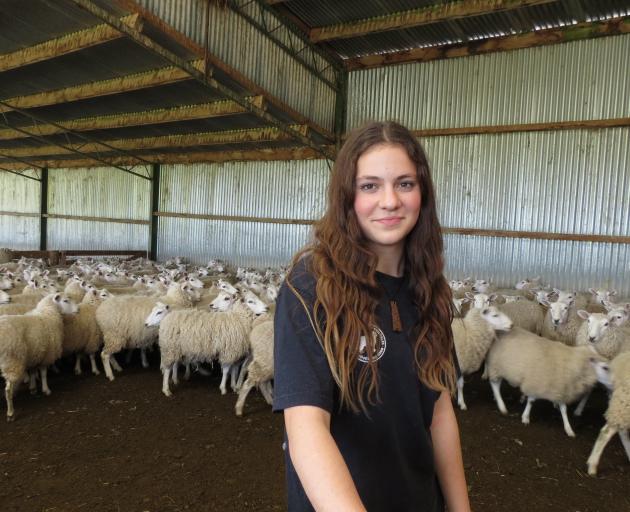 When her father put her on the page to go to work, she was nervous, but this year in the pre-lambing season "it just clicked".

The nerves returned in her first senior championships.

"As a junior woolhandler, you look up to all the seniors and the opens and you watch them, and all of a sudden I was competing against them."

She thought she would probably go into another career eventually, but for now she loved the work and especially the people she worked with.

It could be hard, especially in the middle of the main season in 30degC heat.

Training for the championship had been hard to fit around school and studying for exams at Dunstan High School.

"We had a bit of an issue with the timing of the show so I was having to get up early with Dad before school," she said.

"But really, it’s all year round we practice."