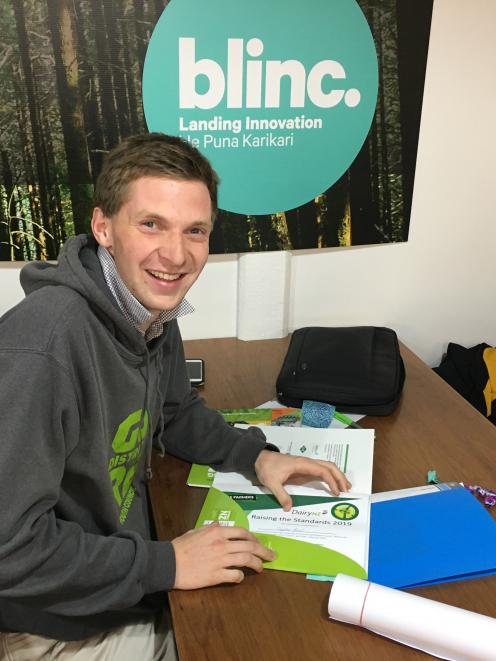 The 18-year-old Gore High School pupil has been operating his own small hay contracting business.

He made between 6000 and 6500 conventional bales last season for lifestyle blocks and the equine industry.

Hamish, who lives on a lifestyle block and uses his mother's baler, fitted in the work after school and on weekends.

He was looking to reinvest in the business by upgrading some of the machinery before next summer's harvest season to make it more profitable and efficient, he said.

It was a busy lifestyle for the young man, identified as a future leader, who recently finished training to become a volunteer firefighter.

He was one of 18 TeenAg members from throughout the South Island selected to attend a leadership programme run by New Zealand Young Farmers.

The course, called Raising the Standards, was held at Blinc Innovation's offices at Lincoln University and was funded by DairyNZ. It was designed to enhance the skills of emerging leaders in TeenAg clubs.

Those attending were taught how to set goals, communicate confidently, manage their time, network effectively and budget.

Hamish described it as an "absolutely awesome" experience.

New Zealand Young Farmers has a network of TeenAg clubs in secondary schools throughout the country. The aim of the youth initiative was to make pupils aware of the exciting career opportunities on offer in the agri-food sector.

Hamish is vice-chairman of Gore High School's thriving TeenAg club, which has about 30 members.

It helped show pupils the opportunities available in the workforce and how they could progress, Hamish said.

Hamish is in his final year at school and is considering studying for an agricultural commerce degree or a diploma in farm management at Lincoln University next year.

He was keen to keep his hay-baling business going while also getting some other experience. He spent six weeks over the summer school holidays driving for an agricultural contractor, his first season operating a round baler.