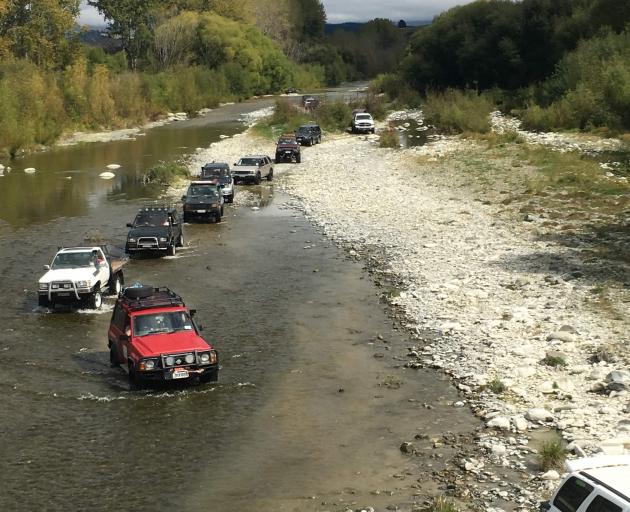 Eighteen 4WD head from Cave to Pleasant Point. PHOTO: HAMISH HOLLAND
The chairman of Timaru’s Young Farmers club is on the lookout for a successor.

Hamish Holland hails from a Burkes Pass farming family, attending Otago Boys’ High School and then Lincoln University where he completed an agricultural science degree in 2012.

"From university, I was lucky enough to go straight into a job with Turnbull Grain and Seed," he said.

"Andrew Turnbull hired me himself but unfortunately, he passed away suddenly one year in." 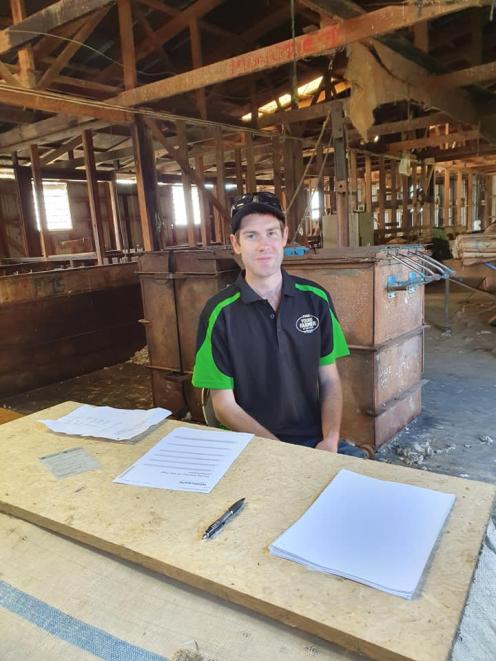 After his involvement in the Lincoln Young Farmers Club during university, he decided to stay connected.

The closest club to Timaru at the time was Milford Clandeboye.

He got a bit sick of the hour-long drive.

"I thought, why do we not have a Timaru club? I got in touch with the field officer and thought I could have a crack at setting up a Timaru sector. One year into my job with Turnbull’s and we had five or six members."

After being chairman for a few years at the beginning of Timaru’s chapter, he thought it best to step back and give others a turn in the role.

"We had gained 30-plus members and then I got voted back in again 14 months ago... This is my second term of my second round. But we want younger people coming through."

Mr Holland, turning 30 next year, was focused on future membership; bringing in new members for leadership roles was set to be the club’s biggest challenge.

"I age out in a year and a-half. When I have to move on I want someone to pass it on to. I do not know why it has been such a challenge really. You think that in agriculture every man and their dog would be keen to meet each other."

A large part of the role was delegation and administration and he was adamant anyone could do it.

"It’s not just for farmers. We have had nurses, teachers, all sorts over the years. We aim to just have a good group of people who want to reap the benefits of a connection. My parents were in Young Farmers and it is such a great way to meet people ... some of the best friends I have I met at Young Farmers. It is motivating to be involved with driven people who are keen to make this all work."

The organisation’s monthly meetings involved a half-hour training, guest speaker or a demonstration. Last year the club ran a four-wheel-drive trip from Cave to Pleasant Point; there were more than 40 participants and it was looking to do it again.

Young Farmers was also a great community in which to test knowledge and skills, he said .

"I took part in stock judging competitions when the national grand finals were held in Invercargill three years ago, winning the dairy section."

That involved four classes of stock, and there were eight minutes to take notes, two minutes to talk to a judge and then required ranking the animals.

Mr Holland was preparing to compete in the Aorangi regional final of the FMG Young Farmer Contest on March 21 in Methven.

"It is a big challenge for me because I am office-based most of the time, whereas a lot of the competitors are out there doing the hard yards on farms."

While he was happy with awards and placings, he was most proud of the people around him.

"The biggest achievement has to be getting this club started. Clandeboye has folded since. If Young Farmers are taken by the structure of our group then I am happy. Come down and join us, you will be welcomed with open arms."