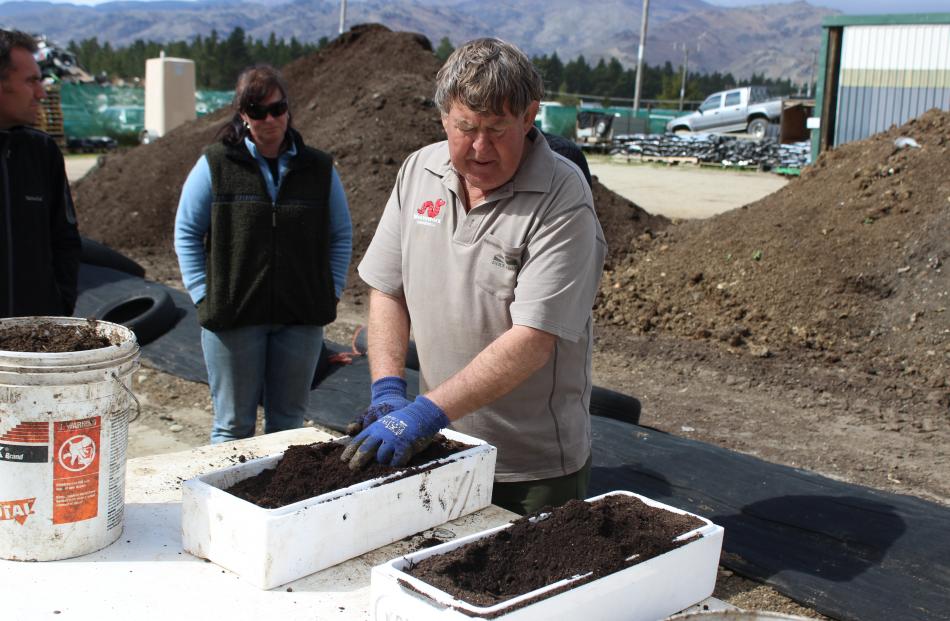 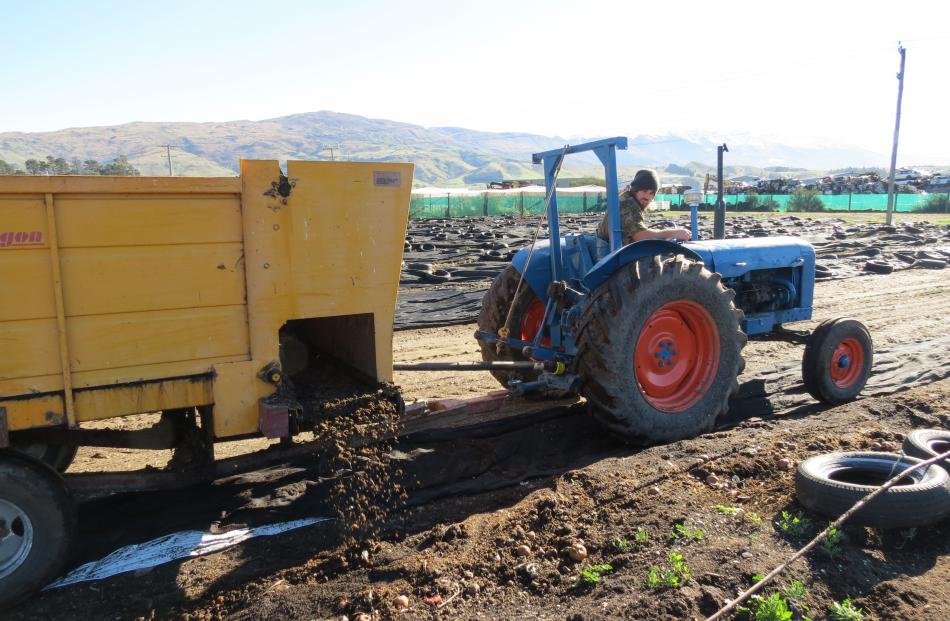 Environmental enthusiast Lyndon Aitken, who helps out occasionally at Robbie Dick's Central Wormworx, in Cromwell, feeds out organic waste for some of the hundred million worms on the worm farm. Photo: Yvonne O'Hara

Using worms to turn dairy shed waste into worm castings, which can ultimately be used to grow feed and food, was the focus of a field day at Robbie Dick's Central Wormworx field day in Cromwell on April 27.

Mr Dick hosted a group of Otago Regional Council and Environment Southland councillors and talked to them about possibly establishing more worm farms in Otago and Southland to deal with dairy waste.

He runs the 1ha worm farm, which has about 100 million stock units.

He uses fruit and vegetable waste from four supermarkets in Queenstown, as well as cherries and apple pulp from orchards, cardboard and other organic matter, including dairy shed waste from two farms in Browns and Mossburn.

The organic waste would ordinarily be sent to landfill but is instead chopped up and dished out from a feed wagon.

''The bigger the variety of feed, the better the castings,'' he said.

He would like to see independent lab and field trials carried out to prove the system's viability.

He thought it would be possible to set up a worm farm to process 50 or 60 tonnes of dairy shed waste a week, which would employ one person.

Mr Dick said by using worm castings on the paddocks, he envisaged reverting back to when the seagulls followed the plough in large numbers, indicating a living soil with free drainage, less compaction and reducing the risk of flash flooding.

''By copying the method, which has worked for centuries, and farming organically, we can be assured that the cumulative effects are going to be beneficial to nature.''

However, there could be issues with animal drenches and chlorinated water.

Environment Southland chairman Nicol Horrell, who attended the field day, said it was ''a huge good news story'' and

''We would be supportive and we would be happy to encourage it as some of us were really impressed with what he is doing.''

Otago regional councillor Ella Lawton thought the concept would be a fantastic opportunity to use a method of organic waste recycling established for millennia.

''It is a natural system and can be integrated in farming practices,'' she said.

She said worm farms could be used for both dairy shed waste and human waste.

The resulting vermicast and compost could be used to grow feed for cattle as well as food for humans.

She encouraged Mr Dick to develop a proposal that showed the benefits to the community and outline how it would operate and the costs compared to current land use and practices.

''He also needs to get on board more farmers interested in trialling worm farms to show their value,'' she said. 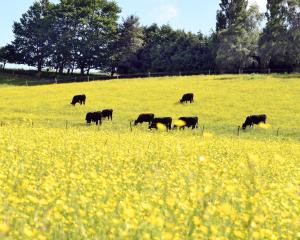