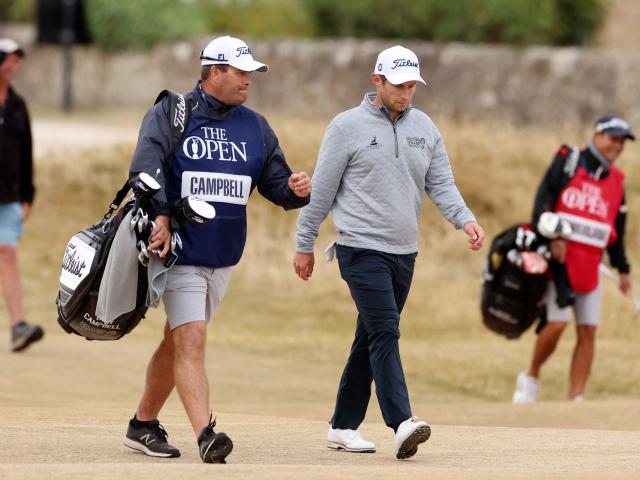 Ryan Fox has carded a solid opening round at the British Open, firing a one-under 71 on the fabled St Andrews course.

US President Donald Trump has been abruptly escorted from the White House briefing room shortly after a shooting outside the fence surrounding the complex.

The gunman who attacked his colleagues at a Virginia Beach government building resigned by email hours before the shooting, a city official said as authorities sought a motive in the assault that killed 12 people.

A towering, out-of-control cruise ship has rammed into a dock and a tourist riverboat on a busy Venice canal, injuring a New Zealander.

Andy Ruiz flattened Anthony Joshua twice in the seventh round and capped one of boxing's biggest upsets to win his share of the heavyweight championship.

Authorities say it will take an extended search to find the 21 people still missing after a tourist boat sank in the Danube River river in Budapest.

A baby believed to be the tiniest in the world to survive has gone home from a San Diego hospital.

Seven people were confirmed dead and 21 missing after a sightseeing boat collided with another vessel and sank in the Danube River in Budapest.

A swarm of tornadoes has torn across Indiana and Ohio, killing one person and leaving at least 130 injured.

Waterlogged parts of the central US are bracing for more rain, following days of severe storms that have battered Iowa, Kansas, Missouri and Oklahoma and caused at least three deaths.

A former professional rugby player from New Zealand has been jailed for seven months for fatally stabbing his neighbour's dog in Perth.

Ashes to ashes, guts to dirt. Washington has become the first US state to approve composting as an alternative to burying or cremating human remains.

More Democrats are calling for impeachment proceedings against Donald Trump after his latest defiance of Congress by blocking his former White House lawyer from testifying.

Three-time Formula One world champion Niki Lauda, who went on to become a prominent figure in the aviation industry, has died. He was 70.

Amber Kyzer dabbed tears from her eyes for most of her testimony and sobbed at the death penalty trial of her ex-husband, charged with killing their five young children.

Three handwritten wills have been found in the suburban Detroit home of Aretha Franklin, months after the death of the "Queen of Soul," including one under cushions in the living room.

The Eiffel Tower had to be evacuated and closed after a man scaled nearly to the top of the Paris monument and refused to come down for several hours.

Hundreds of demonstrators have marched to the Alabama Capitol to protest the state's newly approved abortion ban, chanting "my body, my choice!" and "vote them out!"