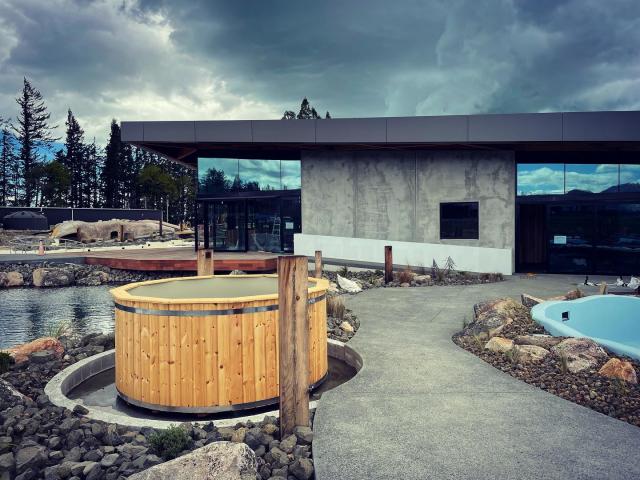 The Covid lockdown and supply chain issues have delayed the opening of Methven’s new thermal pools and spa until next month.

Organisers have decided to cancel Ashburton’s Christmas in the Park event because of uncertainty around Covid-19 and the logistics involved.

Brooke Miller has been on a musical journey with the Mid Canterbury Children’s Theatre since she was eight - but Disney’s The Little Mermaid Jnr was her final curtain call.

From ploughing the fields with clydesdales to piloting a Tiger Moth, Cantabrian Colin Crampton has more than a few secrets on how to live a long, healthy life.

Ashburton district councillors have voted to press ahead with the investment and detailed design of a second bridge off Chalmers Ave.

Colin Smith may be quiet and unassuming - but the Canterbury man lets his hands do the talking when it comes to woodworking.

Rakaia Plunket is hosting a 'Dunk it for Plunket' morning tea as part of a nationwide fundraiser supported by Arnott’s biscuits.

A 4.125 hectare property on the outskirts of Ashburton that has been home to thousands of men and women over the years is going under the hammer.

A 4.125 hectare property on the outskirts of Ashburton that has been home to thousands of men and women over the years is going under the hammer.

Canterbury couple Tony and Christine Todd were watching on proudly as their son Mike rolled out for the Wheel Blacks at the Tokyo Paralympics.

Operation Christmas Child, which aims to give children in need a shoebox-sized box full of gifts, is calling out for more supporters in Canterbury.

Police are appealing to the public for information after an incident involving a weapon on an Ashburton street corner.

Greg Dunne is new to Ashburton and wants to normalise counselling in the community.

Methven will get a new water reservoir and new treatment plant next year to help alleviate the water woes faced by residents in recent weeks, and future proof the supply.

Plans for a big hangar extension will cement Ashburton Aviation Museum’s place as one of the best of its kind in Australasia.

The recent rain and high river levels have delayed planned repairs to Ashburton’s SH1 bridge, but work is set to continue this week.

St John patient transfer officer Simon O’Reilly may come from a well-known Canterbury harness racing family - but a medical career was always on the cards.

Watching the Westpac rescue helicopter landing near the Ashburton Aviation Museum last week was a familiar sight for Nicola Smith and daughter Samantha.