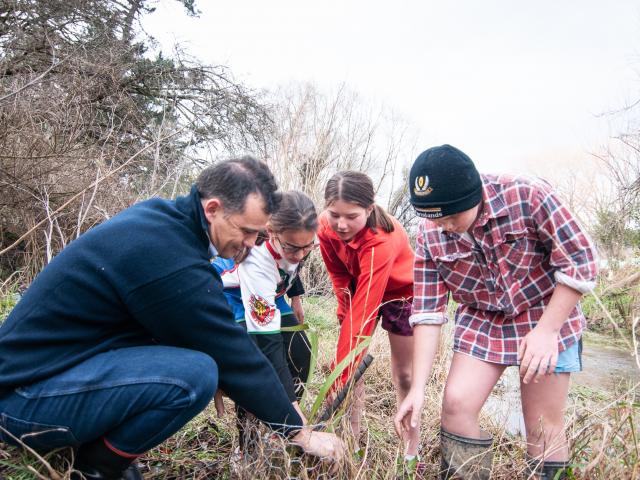 The time is nearly here for you to head along to your local hairdresser or barber and finally get that long-awaited tidy up.

With the House in their pocket. Democrats need to ignore the Trump noise machine and get things done, writes Scott Martelle of the Los Angeles Times.

International anger and frustration is seething in the aftermath of the shooting down of Malaysian Airlines MH17.

Our theory on the roles of Hayden Christensen goes something like this: An angry, misunderstood boy-on-the-verge-of-manhood seeks respect and attention and has a fantastically affecting crying scene along the way to his eventual enlightenment and/or vindication.

The usually potty-mouthed Sarah Silverman has taken on the role of Vanellope Von Schweetz in Disney's Wreck-It Ralph. Has the animation giant got it wrong? asks Roger Moore.

Strange things are happening in Appalachia. The natural world as we know it is coming to an end, overheated by human greed.

When cooks read "season to taste," they reach for the salt shaker. That's not a bad start: A judicious sprinkling with salt will awaken many a dull dish. But just as a little salt unlocks flavour, so can a few drops of acidity.

Does gardening count as a moderate workout?

Ladies: Are you pumping iron but not seeing much muscle gain? Your birth control pills might be partly to blame.

Every year, hundreds of people travel to Baltimore for an unusual purpose.

Eat, drink and be healthy. Vitamin D - it's necessary, but getting enough of it is not necessarily easy.

I'll admit it: I've been avoiding ayurveda. Several of my friends - mostly yoga buddies - have suggested I look into this ancient Indian system of medicine. But whenever I tried to read up on ayurveda, my eyes glazed over. Jennifer LaRue Huget takes a deep breath.

You may have heard the advice: "If you exercise, you'll live longer". The good news - or the bad news, if you hate doing anything more active than downloading iTunes - is that it is true.

The search for the Fountain of Youth took Ponce de Leon to the sunny climes of Florida in 1513, and many a retired snowbird has followed ever since.

It is no secret that yoga helps practitioners stay slim.
Depression can spawn a spiral of lethargy and hopelessness, so that the last thing someone wants to do is exercise; but regular, moderate physical activity may lessen depression symptoms as much as some medications. Jeannine Stein, of the Los Angeles Times, reports.

It was parents' day at my younger daughter's karate class, and those of us who dared, took off our shoes and socks and had a go at it with the kids.

It always starts out innocently enough - for example, with an eye twitch.