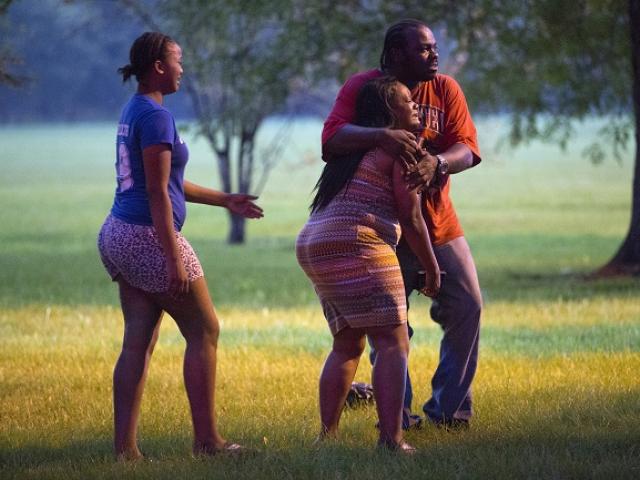 With shootings spiking on Labor Day, has Chicago officially surpassed the homicide toll for all of last year, marking another alarming milestone for a city that has seen violence at its worst in...

The “Madden NFL” franchise has been around since 1988 — long enough for gamers to notice the ebb and flow of the product cycle.

The fate officials feared five years ago has finally befallen the iconic Richland County oak tree featured in the film "The Shawshank Redemption."

Rachel Gronback, a 31-year-old fashion blogger in New Zealand, knows she's far from the only female to find herself victimized online, the target of perverse cruelties.

Almost four decades after its premiere, "Roots" still stands as an elite landmark in TV history.

Hours after effectively clinching the Republican presidential nomination, Donald Trump vowed to withdraw the United States from the historic Paris agreement among 195 nations to cut greenhouse gas emissions in an effort to stop global warming.

Texas singer-songwriter Guy Clark, whose songs have influenced and been recorded by at least two generations of singers and who also served as a mentor to a bevy of songwriters who followed in his footsteps, has died after a long illness, his longtime friend and biographer Tamara Saviano said in a statement. He was 74.

Atlanta Symphony Orchestra bassist Jane Little collapsed during a performance and was rushed to the hospital, where she died, symphony spokeswoman Tammy Hawk said.

Almost since their inceptions in 1999 and 2007, respectively, the Coachella and Stagecoach music festivals at the Empire Polo Club in Indio have drawn 20 percent of their annual audiences from San Diego County.

Beyonce has made a habit of dropping fully finished albums out of nowhere, and she did it once more this weekend with the arrival of 'Lemonade'.

I took a step into the virtual future of sports last week. I'm glad I got to look around, but it didn't take long before I was ready to high-tail it back to the real world.

Creepy jailer or savvy survivalist? Or both?

A jury has awarded US sportscaster Erin Andrews $US55 million ($NZ80.9m) in her lawsuit over a secretly recorded nude video that a stalker took of her in a hotel room and posted online.

Maintenance men returning to work after a month-long break for Chinese New Year made a horrific discovery last week when they opened the cab of a broken elevator and found the body of a woman who had been trapped inside since late January and starved to death.

A pill dubbed the female Viagra gives only 'minimal' benefits - and causes tiredness, nausea and dizziness, new analysis has concluded.

Video did not end up killing the radio star, and it doesn't look like anything is going to be able to kill the music video, either.

Could it soon be time to YouTube and chill?

Oversharers, rejoice. Facebook is now offering you a way to share even more of your life on the social network - for those times when a photo or recorded video won't suffice.

President Barack Obama will ask Congress for $US4.1 billion to expand computer programming classes in every public school, the White House says.

Facebook plans to carefully launch in the coming weeks the first major revamp of its signature "like" feature since its introduction seven years ago.