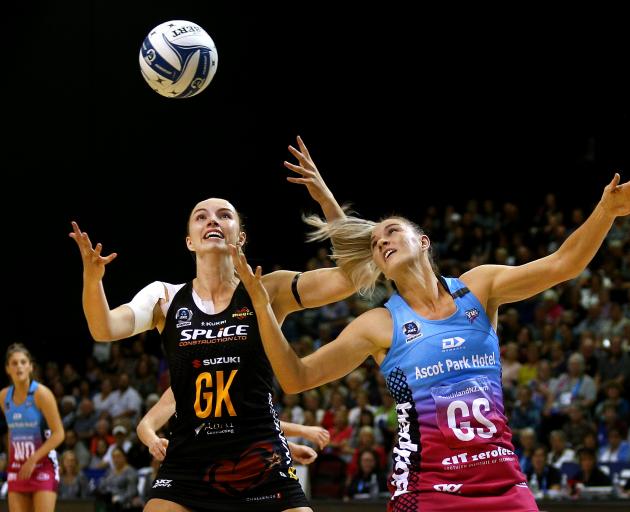 Lenize Potgieter (right) of the Southern Steel tussles for the ball during an ANZ Premiership netball match. The Steel are finalists for team of the year. PHOTO: DIANNE MANSON/MICHAEL BRADLEY PHOTOGRAPHY
Finalists from across a wide range of sporting codes have been recognised for the 2018-19 Southland Sports Awards next month.

Athletes and officials from 16 sports have been confirmed as finalists across seven categories.

The winners will be announced at a gala dinner at the Ascot Park Hotel on July 12.

"It's been a very special period of sporting success over the judging period, including successful Commonwealth Games campaigns and national titles by the Southland Sharks and Southern Steel," McDermott said.

The masters achievement category will be hard to split, with cyclists Neil Familton and James Jubb, golfer Robyn Boniface and runner Debbie Telfer all in the mix.

Significant contributions and impact on Southland sport will also be recognised with Sport Southland services to sport awards presented on the awards night.