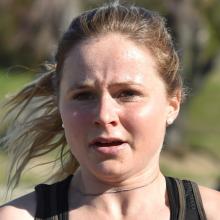 Katrina Andrew
Otago runner Katrina Andrew got one step higher on the podium at the Auckland half-marathon yesterday.

The Hill City-University runner improved one spot from her second placing in 2019 to win the women’s race in a personal-best time of 1hr 16min 59sec.

Andrew (28) added the title to the New Zealand 10km championship she won three years ago.

"That was the perfect race for me," Andrew told The New Zealand Herald after the 21km race.

"Couldn't have asked for better, and everyone on the sidelines was amazing, so I actually really enjoyed that."

Ciaran Faherty, an Irish runner now living in Queenstown, finished third in the men’s race in the full marathon distance.

The race was won for a second straight time by Wellington runner Daniel Jones, in 2hr 20min 2sec, with Cameron Graves (Auckland) second.

Auckland runner Lisa Cross rolled back the years to secure her second women’s marathon title, 10 years on from her first in 2011.

Cross found herself out on her own for most of the race, pulling clear of her closest rival, Hannah Oldroyd, in the early stages.

"I would've liked to have beaten my time but it’s 10 years on and it's a lot hotter, but I did everything I could," Cross said. 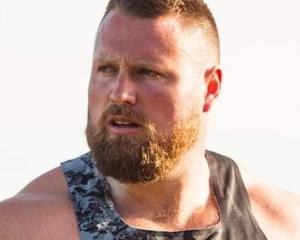