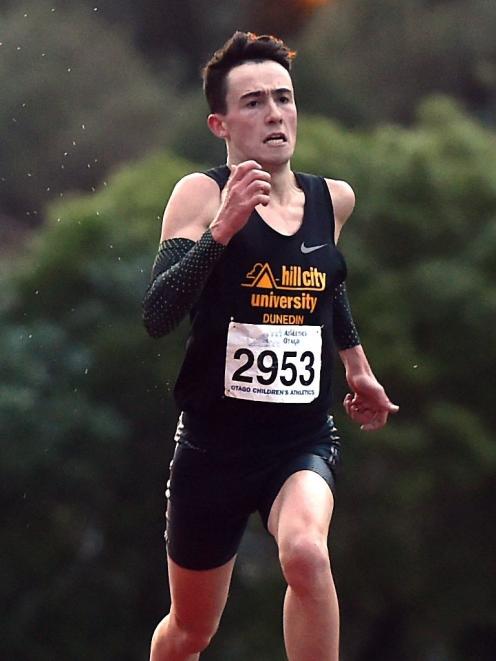 Oli Chignell
A record-breaking performance highlighted a strong day for Otago runners at the Auckland Marathon.

Oli Chignell smashed the half-marathon course record by 29 seconds as he claimed the title at the event on Sunday.

He sprinted past Cameron Graves at the final turn to finish in 1hr 05min 50sec, edging the Auckland runner by two seconds.

Not only was that comfortably ahead of Matt Smith's 2009 record, it was over five-and-a-half minutes faster than his previous best half-marathon time.

It was an impressive outing from the 21-year-old, showing his ability to excel over the longer distance.

He has been among the country's best over 3000m and 5000m in recent times, although has stated he will likely eventually move to 10,000m.

In the full marathon, Dunedin runners were prominent in the women's race.

Queenstown's Nicholas Sunseri was third in the men's race, clocking a time of 2hr 23min 57sec.