Grimaldi 'surprised' to be back so early 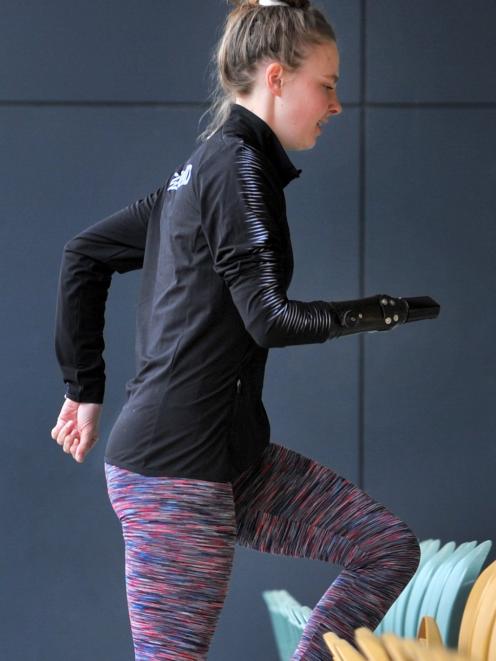 Anna Grimaldi trains at the Caledonian Ground this week, before leaving for Australia on her way to the para-athletics world championships. PHOTO: CHRISTINE O'CONNOR
Anna Grimaldi has a new appreciation for her latest trip.

It is not that competing overseas is new for her.

It is not her first world championships, either.

But her flight to Australia today - the first stop on the way to Dubai - is one she had not been sure she would make.

It was only last December that she returned to competition after 18 months with a stress fracture in her foot.

But plenty of background work was done in that time and her foot is feeling better than it has in years.

Getting back to competition was an achievement in itself.

To be lining up in the T47 long jump and 100m in Dubai at her third para-athletics world championships was hard to believe.

"I was pretty surprised to be at this point now where I feel pretty ready to go and I feel pretty happy with where my foot is," the 22-year-old, who was born without a right hand, said.

"I'm probably the strongest and fastest I've been, so I'm pretty excited to see where it goes.

"I can't quite believe it.

"After everything I thought Tokyo might be my first opportunity to get back.

"So I'm really excited I made it back by world champs. Having another shot to get to Tokyo will be really good."

Major events have brought out the best in Grimaldi.

As an 18-year-old she jumped a 5.41m personal best to win bronze at the 2015 world championships in Doha.

A year later she pulled out a mammoth 5.62m with her last jump to win gold at the Rio Paralympics.

Even while jumping with a broken foot she came with 1cm of a medal at the London world championships in 2017.

That all bodes well heading into another major event.

She said she thrived off the environment.

The pressure to win will be nothing like it was two years ago either, but despite that, it was the most nervous she had been going into a world event.

Part of that were the "normal nerves", although they were coming from a different place this time.

"Next year I'll still be the defending champ of the Paralympics.

"That's something I still think about.

"But that pressure of winning is probably not as bad as it was in 2017.

"A lot has happened the last three years.

"Your results aren't all that you are - it's not everything to win.

"I think I'm really nervous because this is the hardest I've ever worked. I've put in more hours these last few years than I have my whole career.

"I'm in a place now I'd really like to go out there and jump the best I have."

Her competition schedule works in her favour.

The long jump is first, before a day off and the 100m heats and finals following on consecutive days.

Before that she is heading to Australia, spending time in Brisbane, the Gold Coast and Darwin.