McCartney to miss another six weeks 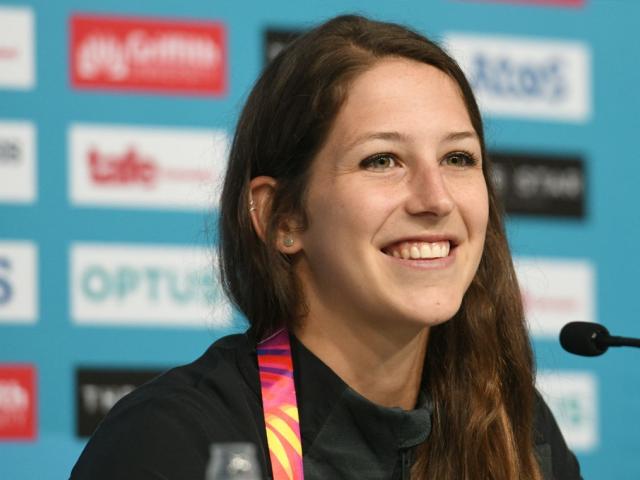 The 2016 Rio Olympics women's pole vault bronze medallist has been struggling with an ongoing hamstring injury for several months, which forced her to miss most of the domestic athletics season.

The 22-year-old had said she was targeting a return at the Shanghai Diamond League event next weekend, meaning she'd be able to take part in the entire Northern Hemisphere season.

However that plan has now changed, with McCartney to now sit out any competitions for at least another six weeks.

"That's still three months before the athletics world championships. That's plenty of time to build up and compete, so there's certainly no concern around timing with that."

That timeframe would likely give McCartney the Diamond League events in London, Birmingham and Paris, before the season-ending event in Brussels.

Newman's adamant it's more precautionary than anything.

"I wouldn't say it's a concern, it's just at the moment we just want to make sure that she's absolutely perfect to get across into Europe. There's no point her going off to Europe until she's absolutely right."

In a way, it could almost be viewed as a blessing in disguise. McCartney's expected to have a colossal 18 months as she builds up towards the Tokyo Olympics.

"We've got a late world championships in late September early October in Doha, and there's the world indoor championships in March. So now's a really good time just to just get some background before we go into a busy few months." Newman explained.

"If she had to, in Shanghai, she could've jumped. But let's just take the time and spend to do more rehab and more background."

McCartney finished ninth at the 2017 world champs and just missed out on a podium a year later at the world indoors, coming fourth.

She'll be looking for more success in both, if she's to once again stand on the podium at an event where she announced herself to the New Zealand public three years ago.