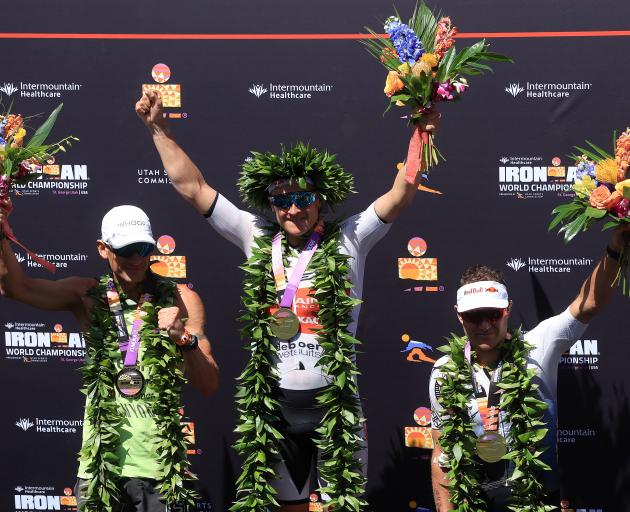 Norway's Kristian Blummenfelt ran down Currie with less than 15km left in the run leg for an impressive victory to go with his Olympic gold in the triathlon at Tokyo last year.

Lionel Sanders of Canada then pipped Currie with 100m to go in the 42.195km run leg.

In the women's race, Daniela Ryf of Switzerland claimed her fifth title.

Currie had to wait nearly three years to race in the event again after a Covid-enforced hiatus. His previous best finish was fifth in 2018.

He led during the swim and was part of the front pack in the cycling leg before holding first in the run. However, Blummenfelt was on a stronger pace and the Kiwi couldn't match him when he passed by.

"I'd run a fairly first half marathon and I wasn't going to try and kick and go with him - it was an incredible performance from him," Currie said after the race.

Currie finished in a time of 7:54:19, just over five minutes behind Blummenfelt.

"I had a great swim. I led out for the first few hundred, found some good feet. We had a fantastic group on the bike that was so honest and so consistent and settled.

"I threw it all out there. Well-cooked but stoked."

A top eight finish booked Currie a spot in the 2022 Ironman World Championship in Kona, Hawai'i this October.

"That was awesome, but such a tough day on a brutal course," Blummenfelt said.

"On the run I was expecting to do more like just under 4min/km pace as there were a lot of climbs.

"But I had to go out hard to catch the front guys. The first 10k Braden Currie was running so strong and I was worried I was maybe going faster than I should. So I was relieved when I could see I was catching up.

"But even when I went into the lead there was still a long way to go. But it was downhill the last 5k which made it a little bit easier.

"This is the greatest finish line I've ever known."