Aitcheson striving to get Nuggets into final 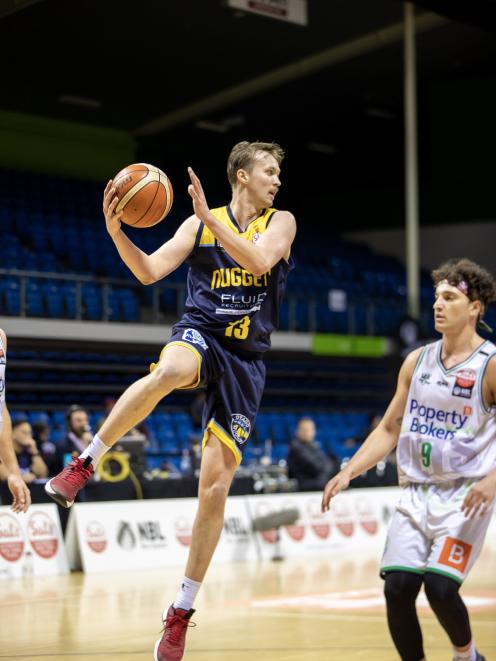 Now he gets to do something very few others have done in the blue and gold singlet.

The 22-year-old will line up for the side in its NBL Showdown semifinal against the Canterbury Rams at 5.30pm in Auckland today.

It has been a fantastic comeback season for the side — its first since 2014.

The side topped the table and won on Tuesday night to secure its spot as the top-seeded team.

Aitcheson has been a key cog.

The swingman has performed well and cemented himself as part of a slick starting line-up.

Last time the team was in a semifinal he was watching as a year 10 pupil at King’s High School.

While he had a short stint with the Canterbury Rams, he has largely waited in Dunedin for the Nuggets to return since then.

Having the chance to play for a title would be great, he said.

But he was not looking that far ahead.

"I think it’ll be awesome if we can go all the way and win the championship in the first season back for the Nuggets," he said.

"But we’re taking it one game at a time and just looking forward to playing our last games."

Aitcheson has shown his ability to score both from the outside and at the hoop.

He has posted 10.9 points per game, while also grabbing 4.5 rebounds.

They are solid numbers and he has slotted into the line-up well.

Most notable has been his outside shooting, proving particularly threatening shooting off dribble handoffs.

While always a capable shooter, he has taken it to another level in recent months.

"A group of us worked pretty hard over the summer, putting time into our shot. It’s great that it’s paying off.

"Just knowing that we put in all that work and going out there and being confident, it helps a lot."

While his national league experience was limited prior to this season, he was not a stranger to big games.

Aitcheson played at the 2017 Junior World Cup in Egypt for New Zealand.

He also played at the under-23 3x3 World Championship in China last year, and has been to various other big tournaments.

Domestically he has played in several national finals at age-grade and university level.

That would no doubt help, although he felt when you started playing you blocked out what was happening around you.

The game may come with its preparation challenges — the side only found out who it was playing late last night.

However, Aitcheson said the team’s focus had been primarily on itself the whole way through.

- Nuggets duo Jordan Hunt and Kane Keil have both been added to the Tall Blacks 84-man long list.