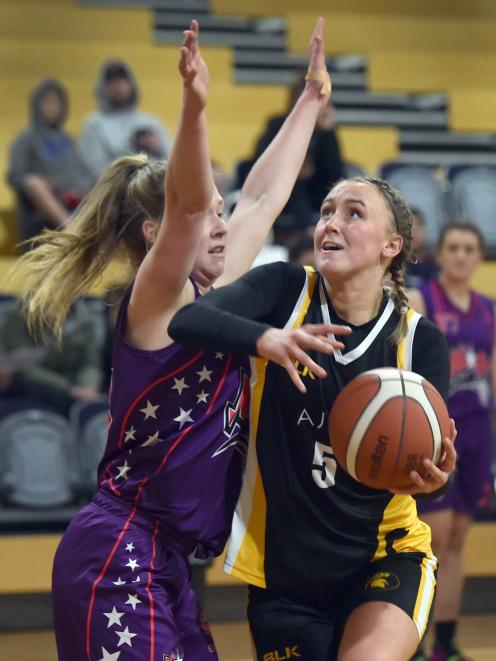 A typically tense final broke open in the late stages as Ajax boosted its physical intensity at both ends of the floor.

Scores had been tied 47-47 after three quarters and it appeared to be anyone’s game.

But as defending champion Ajax started to win the rebound battle through Danielle Frost and got some clutch shots out of Bronwyn Kjestrup and Nicole Ruske, it took command.

Ajax’s defence also forced the Magic into some shooting misses.

The Magic had started strongly, powering to a 10-2 lead on the back of a blistering start from former Tall Fern Lisa Wallbutton.

While Ajax climbed back into the game with Ruske exerting her influence and making some nice buckets, the Magic held a 16-14 lead after the first quarter.

The Magic’s zone defence looked solid, forcing Ajax into some outside shooting.

The Magic still held a healthy lead, 31-25, after three quarters.

Ajax benefited from its strong rebounding work and broke the game open with some crucial second-chance points and a couple of big three-pointers from Kjestrup.

Ruske finished with a game-high 23 points for Ajax, backed by Kjestrup (15).

Wallbutton led the Magic with 19 points and Natalie Visger had 15.

The Magic had some consolation when Millie Simpson was named season MVP. She was joined in the all-star five by Ruske, Matehaere, Sophie Adam (University) and Annabe