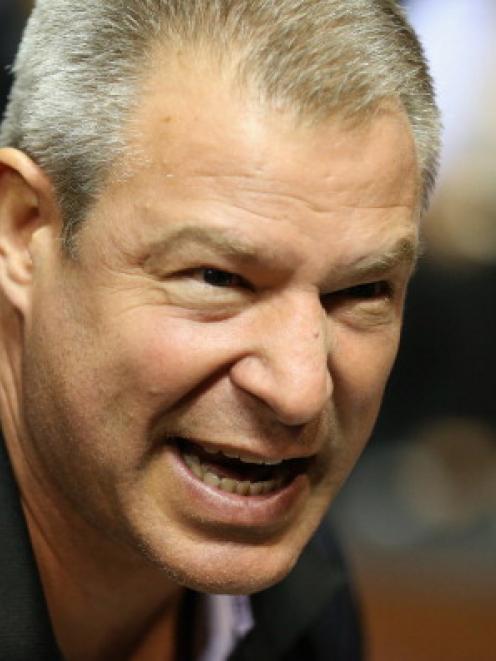 Dean Vickerman
It was better for the Breakers to endure such a sloppy night now than next month when a similar performance could see the season end.

Friday's humbling against Sydney might have been the Kiwi club's worst display of the season but there were plenty of lessons to take from their failures.

The game enabled the Breakers to see how they would react when they found themselves in a hole. They could field-test a defence focused on increased aggressiveness, while they also learned how they would handle adversity arriving from both the opposition and the referees' whistles.

And, in case the 101-81 margin didn't speak for itself, the Breakers discovered that in each of those scenarios they were seriously deficient.

There are five games to go in the Australian NBL regular season, starting with the visit of Perth on Thursday. The Breakers will make the playoffs - their final finishing position is the only remaining doubt - and they will soon face a team as fired up as Sydney were at Vector Arena.

How Dean Vickerman's side cope with that challenge will determine the outcome of the campaign and, for that reason, the Kings did their opposition a major favour.

That favour started in the second quarter, when the Breakers shipped 30 points. They were being out-rebounded and out-worked in the effort areas, losing the fight for every loose ball, but bad quarters happen. The key is what happens next.

"We talked about through the week that if we got down about how we would try to get out of it," Vickerman said. "We were trying to come back, trying to change our defence to a more aggressive defence and we just didn't quite have everybody on the same page to get that done."

The attempted comeback failed for a couple of reasons. That aggressive brand of defence has hardly been seen this season and Vickerman acknowledged the need for more practise in the coming weeks, while the Breakers were also lacking on-court leaders when the going got tough.

"It's something this group can get better at - when we get down a little bit that everybody's got to talk a little bit more. We can't just have a couple of people drive that, we've got to have everybody keep communicating to each other."

The Breakers seemed to spend more time communicating with the referees than one another, leading to Cedric Jackson being ejected late in the game for arguing with the officials. Vickerman was disappointed with the disparity in the foul count but knew it was far from the deciding factor.

"You don't like to see, when you come out of a game, where they shoot 30 free throws and we shoot 10 free throws for the game," he said. "But, at the end of the day, that wasn't the result.

"It affected us emotionally, and we reacted. We've got to be better than that. We can't come with that kind of mindset again for the rest of the year."