Varsity A took one big step towards the Dunedin men's A grade playoffs with a comprehensive 94-71 win over the Bombers on Saturday.

The Bombers, chasing a third straight win after starting 3-5, won the first quarter 19-16 on the back of some quick baskets from Jan Verberne and Chris Hepburn.

But Varsity A made its big move in the second quarter, pouring in 30 points to the Bombers' 16. The third quarter was even before the students again turned up the pressure in the fourth, winning it 28-17 to coast to the win.

Sam King led a balanced Varsity A offence with 24 points, including 20 in the second half. Emerson Watson and Brendan Rose each had 19 points, Sam Colenut had 16 and Travis Manuirirangi had 12.

Verberne finished with a game high 24 points for the Bombers, with Hepburn and Max Jablonski each scoring 14.

The Saints came out firing and led 21 10 after the first quarter, but the Magic promptly made a charge on the back of some rapid scoring from captain Brent Cheshire, winning the second quarter 24-16.

St Kilda eased to a 58-50 lead after three quarters and then made its free throws down the stretch to ice the win.

Cheshire led the Bombers with 15 points and Benoit Hayman added 12.

The Varsity B v Falcons A game was deferred. 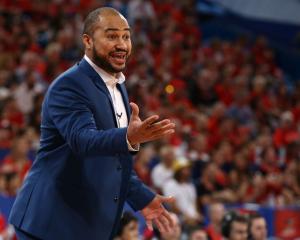 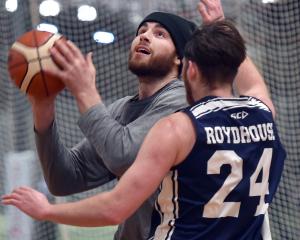