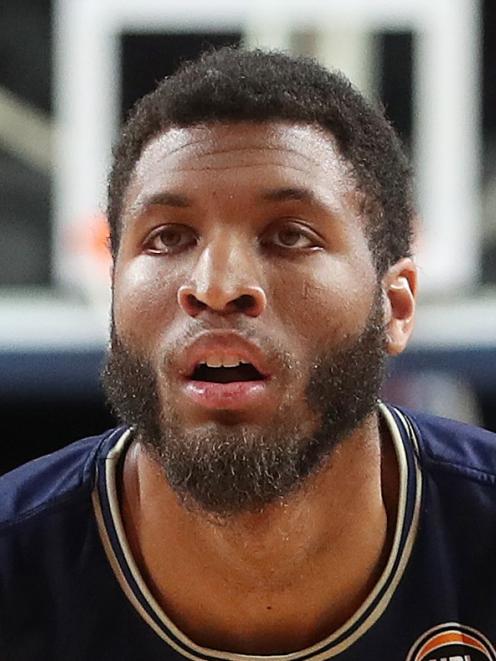 Todd Withers
The start was sublime and the final score will show the result was convincing enough.

Certainly it is hard to complain with an 87-72 win on the second game of a road trip.

There were moments in the second half, though, when the Otago Nuggets looked anything but a team on a four-match winning streak.

They led the Manawatu Jets 39-15, after a dominant start last night, before seeming to switch off and let the lowly Jets back in the game.

The suffocating defence disappeared, the offence dried up and the Jets slowly ate into the margin, winning the final two quarters.

Perhaps it is a sign of how far this franchise has come that you can be slightly disappointed. Remember the days when the Nuggets would get pumped weekly and any win was celebration-worthy?

But this team is better than that. Much better.

If it is going to be in contention for a second championship in three years — which it should — it needs to stamp out those lulls, as a better team than the Jets would have taken advantage.

Despite that, there was still plenty to take from this one.

Sam Timmins was a beast inside from start to finish.

The centre cleaned up the boards, while proving near-impossible to contain in the post, finishing with 29 points and 13 rebounds.

Todd Withers had a similarly big night, his 18 points and 12 rebounds being matched with a handful of big defensive plays.

It was the team’s start that set the platform for the win.

Defensively it never let up in the first half, pressuring the ball, playing the passing lanes and forcing the Jets into bad shots.

That allowed the Nuggets to get out in transition, where the Jets had few answers.

The Nuggets went on a 13-0 run, highlighted by a Withers dunk as he caught a lob from Nikau McCullough and finished over the top of two Jets defenders.

At that point the Nuggets seemed to be getting what they wanted, while the Jets were unable to find an opening against a stifling defence.

Nathaniel Salmon broke the drought for the Jets, but the Nuggets took a 23-9 lead to the first break.

That margin continued to grow, as the Nuggets kept the foot down and two Withers free throws made it 39-15.

They led 47-30 at halftime, at which point they began to let up.

The intense defence went missing and with it went the offence.

Former Nugget Pafe Momoisea (10 points) reduced the deficit to single-digits midway through the third quarter at 51-42.

The Nuggets began hitting Timmins in the post, the big man helping extend the lead back out to 18.

However, the Jets hit back late and finished by winning the last two quarters.

The win leaves the Nuggets tied atop the table and unbeaten since its import trio arrived.

They are tied with the Auckland Tuatara and Canterbury Rams, who bounced back from a surprise 85-77 loss to the Nelson Giants with a 95-89 win over the Wellington Saints yesterday.

In the weekend’s other game, the Taranaki Airs upset the Southland Sharks 97-86.