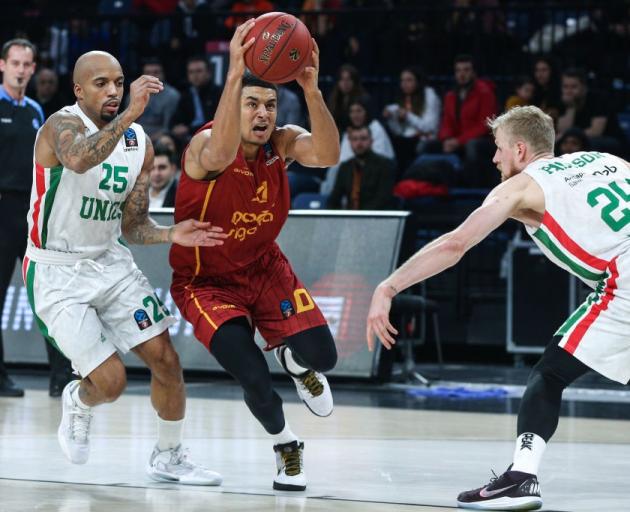 The 25-year-old younger brother of shooting guard Corey, Tai has been playing in Europe since finishing up in the US at the University of Nebraska in 2017.

His last two seasons have been at Turkish club Galatasaray and he had expected to return to Europe next season, but the global pandemic has forced him to re-think his plans.

Webster played for the Breakers as a teenager in 2013 when they won the title but said he has noticed big changes since then.

"There's a huge difference. It's been a long time since I have really been involved in the club like this and you can definitely see it's come a long way and it's continuing to get better every year and not only the Breakers but the league as a whole and its really getting respect worldwide."

Webster's signing means the Breakers have got an import quality player without having to use up an import spot and makes them genuine ANBL title contenders said coach Dan Shamir.

Shamir said with the reduction to two imports for each club signing Webster on a one year deal is a major boost.

"I know for sure that every good team in the NBL tried to get Tai Webster during the last few years."

"We have added a player who for sure would be a starter for any team in the ANBL and potentially one of the best players on any team and especially with the movement this year to two imports having a local player like [Tai] with his skillset and experience, it puts us one more step towards building a team that can be a contender," said Shamir.

Breaker owner Matt Walsh said getting Webster on board is significant.

"With all other teams likely to be importing their point guards, we've secured the best Kiwi point guard in the world whose international class is undeniable."

Hopson was key to the side's late season revival amid the departure of Glen Rice Jr who had a series of off field issues.

"With just two imports allowed this season due to Covid, we will focus on getting Scottie's signature and [that of] a seven-foot centre," said Walsh.

Tai Webster is looking forward to the prospect of playing alongside his brother Corey.

"It's always going to be something special to be playing alongside my brother. To come together back to where it all started for us is something I'm looking forward to being part of."

Having returned home because of coronavirus, Webster has been training with his Tall Blacks teammates at the Breakers facility for the past two months.

"It was awfully kind of the coaches even to let me come in every day and work out with them, so I was just grateful for that opportunity. That was something they didn't have to do."

The Breakers have also signed 27-year-old Australian small forward, Daniel Trist who is 204cm or 6'8" and who has had stints at both Melbourne United and South East Melbourne Phoenix.

The club is also bringing the University of North Carolina at Greensboro forward Kyrin Galloway to New Zealand on a three-year deal, initially as a development player but will join the full roster in his second year.