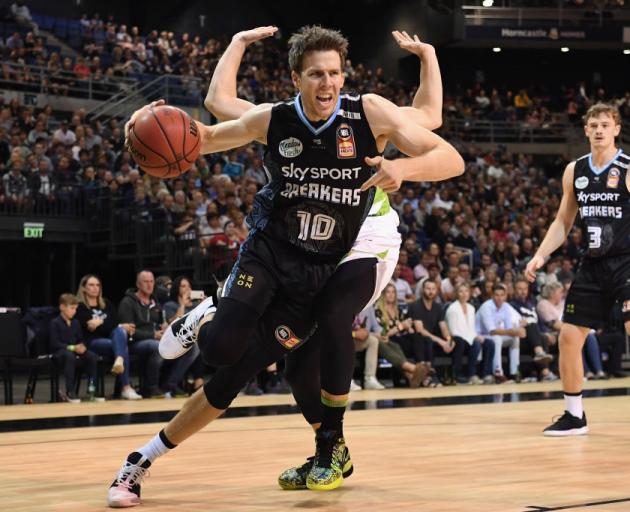 The Breakers have delayed their departure for the Australian National Basketball League season by nearly two weeks to coincide with the release of their American imports from quarantine across the Tasman.

Players and most of the club's performance staff will now head across on 13 December and will be based in Melbourne for up to six months.

Imports Colton Iverson and Lamar Patterson get out of quarantine in Australia on the day the Auckland-based players arrive and a shortened full squad pre-season will begin the following day.

"There's no value in having our guys over there and extra two weeks if they're only going to be training with each other," Walsh said.

The club found out their playing schedule for January through March today and Walsh said other Australian cities were considered as a base for the club but they settled on the Victorian city which is already home to NBL teams - South East Melbourne Phoenix and Melbourne United as well as the head office of the NBL.

The official NBL draw for all nine teams is expected to be released on December 3 with the season to tip-off on 15 January.

"Obviously we're going to be the one club that is going to be displaced so all the teams offered their support...but for us with the two clubs in Melbourne, the great facilities, it being a sports town it just made the most sense," Walsh said.

The Breakers would be based in Melbourne at least until March 1 but Walsh was hopeful of getting back to Spark Arena should the club make the playoffs - if quarantine in New Zealand was not required.

The NBL will have a full 28 game season and Walsh said it might even extend to 36 games.

"For the majority of the season it's going to be home and away, there is a scenario where we go into a hub for a short time just to create some excitement, but I think we are going to be looking at playing a whole bunch of road games over there and figuring out if we can't come back here what our home games look like.

"The good thing is I think there is around 115,000 Kiwis that live in Melbourne so we're certainly going to rely on them for support."

The delay in departure has not damped the club's desire to make their players comfortable during the long stint away from home.

"We're giving our guys the option of having some family go and travel with them for guys who do have families and it's going to be possible, we're making sure that the accommodation that we do get is friendly and we're doing everything we can to make this as good a situation as we can for our players who have families, who don't have families, and as we understand this is going to be very tough not only from a logistics and physical standpoint but mentally.

"It's not easy to go and be away from your family for a long time. Our guys get it, they're committed and engaged but we're certainly working with every player individually to make sure that their situation is as balanced as possible."

Walsh said this Melbourne road trip would be unlike a normal in-season away trip for the club. and the players would have their freedom away from the club environment.

"I think they're going to live a normal life over there, this isn't going to be something where every day they have to have team meals together and they're largely going to be on their own, they're just going to be in a city that's not theirs."

Walsh will not join the team in Australia straight away and will instead drive revenue for the club from Auckland, but he trusted the staff who would travel from the start to get the team settled and ready for what could end up a disrupted season.

"I think we've thought through as much as we can, I'm sure there is going to be some moments where it's 'oh my god how did we forget that', but I think that's just natural because in a lot of ways we are picking up our organisation and we are moving it for a six month possible span.

"We've got a really good staff upstairs who I think has thought through everything, especially our performance staff, Dan and Mody our coaches I doubt there'll be anything left unturned with those guys but we'll get through it.

"Everyone understands this isn't a normal year and it's not going to be perfect but we're going to do our best to give our players their best chance to perform on the court and I think we are doing that."