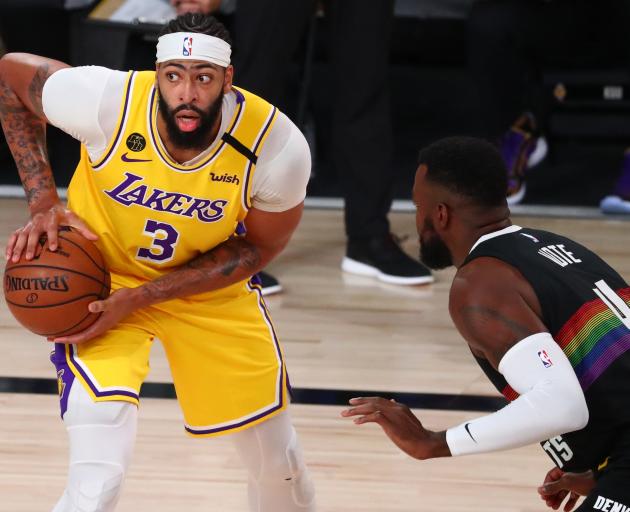 That helped them to a 114-108 victory over the Denver Nuggets in game four of the NBA Western Conference finals near Orlando.

The top-seeded Lakers hold a 3-1 lead in the series and are within one win of the NBA Finals. Game five is scheduled for Saturday.

Jamal Murray paced the Nuggets with 32 points and eight assists, but he misfired on all three of his three-point attempts.

Los Angeles led each of its previous two series 3-1 before closing out the Portland Trail Blazers and Houston Rockets on its first opportunity to advance.

Meanwhile, the third-seeded Nuggets find themselves in familiar territory facing a 3-1 deficit. They also trailed the Utah Jazz and Los Angeles Clippers 3-1 in their first two rounds before stunning each with three-game turnarounds to move on.

After losing for the first time in the series on Wednesday, the Lakers led by 10 points in the first quarter, 12 in the second and 11 in the third before the Nuggets rallied within 87-86 on a pair of free throws by Monte Morris with 11:14 remaining in the game.

Denver managed to hang within 105-102 and got possession after a Davis turnover. However, James pressured Murray into a short-range miss, and Rajon Rondo countered at the other end for a five-point lead with 2:48 to go.

The Los Angeles advantage was still five when James missed a jumper with 1:05 to play. However, the Lakers' Kentavious Caldwell-Pope snatched the offensive rebound and the Nuggets fouled James, whose two foul shots with 59 seconds left opened a 111-104 lead and iced the win.

Free throws by Rondo (one) and Davis (two) then secured the win and put the Lakers one victory away from their first NBA Finals appearance since winning the title in 2010.

Davis, the series' leading scorer, hit 10 of his 15 shots and went 13-for-14 at the free-throw line. The Lakers, for the second time in the four games, used a large disparity in fouls shots to outscore Denver 28-20 at the line and overcome the Nuggets' 50.6% to 47.5% advantage in field-goal shooting.

James shot 11-for-14 at the line and joined with Davis in getting Nuggets big men Nikola Jokic and Paul Millsap in foul trouble.

Four other Lakers scored in double figures, with Caldwell-Pope going for 13, Dwight Howard 12 to complement a game-high 11 rebounds, Rondo 11 and Kyle Kuzma 10. 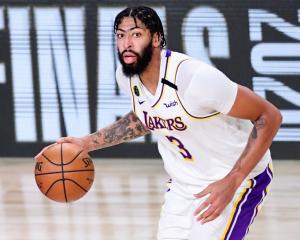 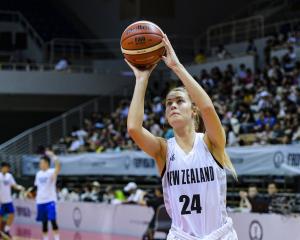 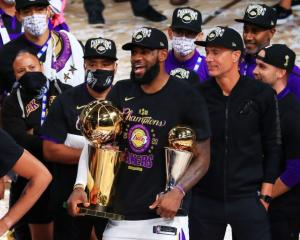 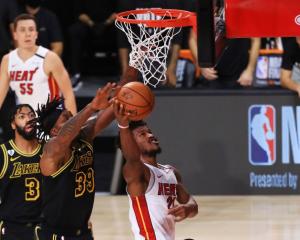 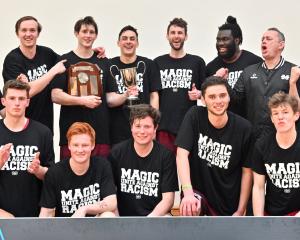 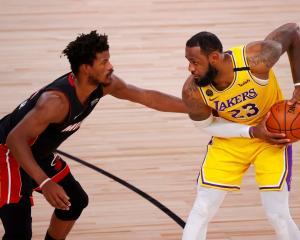