NBA to resume in bubble this week 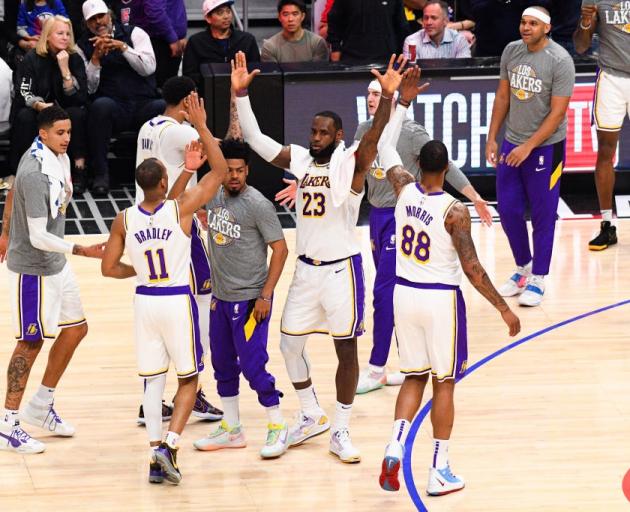 It follows a four-and-a-half month break, in what will probably be the most uniquely challenging title run in the 74-year history of the league.

Bringing home the Larry O'Brien trophy in October will require a level of mental toughness never seen before. Players have to stay away from their families for three months, play in front of empty stands and also subject themselves to regular COVID-19 tests.

"We are in uncharted waters," Hall of Famer Reggie Miller said.

"Twenty two teams in a bubble, isolated on a campus, in a dorm living together in the middle of a pandemic. We've got civil unrest in our country and players have left their families at home.

"Whoever wins this championship, with everything that's going on in the world, they will have wanted it."

Miller, who will be calling games for broadcaster TNT, said he had only been at the Orlando campus for three days and was already "going crazy."

Some players have even likened their stay at the Walt Disney World Resort to being in jail.

"Just left the crib to head to the bubble ... felt like I'm headed to do a bid man!" Los Angeles Lakers forward LeBron James said on Twitter earlier this month, using a slang term to compare the stint in Florida to a prison sentence.

Milwaukee Bucks forward Giannis Antetokounmpo, an MVP candidate in search of his first championship, added: "This is going be the toughest championship you could ever win because circumstances are really, really tough."

The challenges extend beyond the bubble and the still raging pandemic that forced the NBA to shut down on March 11.

The death of several high profile Black people, including George Floyd who died in police custody in Minneapolis in May, has also galvanized the league to take action against racial injustice and police brutality.

The basketball courts at the Orlando campus will have the words "Black Lives Matter" written on them and players will be permitted to put social justice messages on their jerseys, shoes and warm up shirts.

"People talk about the physical aspect it takes to win a championship, and it's a lot," Miller said.

"But whoever wins this championship, that team is going to have to be mentally locked in."

And the challenges the bubble presents will only grow as time passes.

"It's fun now because they've been off for four-and-a-half months and they're just glad to be playing basketball," Miller said.

"You, your team mates, your coaches, your support staff - everyone has to be mentally strong. All it takes is a small sliver for that to be fractured."

No matter who wins the title, they will not have long to celebrate.

The finals are scheduled to end no later than October 13 and training camps for the next season could begin as early as November 10 with opening night on December 1, according to ESPN.

The NBA also hopes teams can play in their home markets next season since asking all 30 teams to spend another season inside a bubble is probably not realistic.