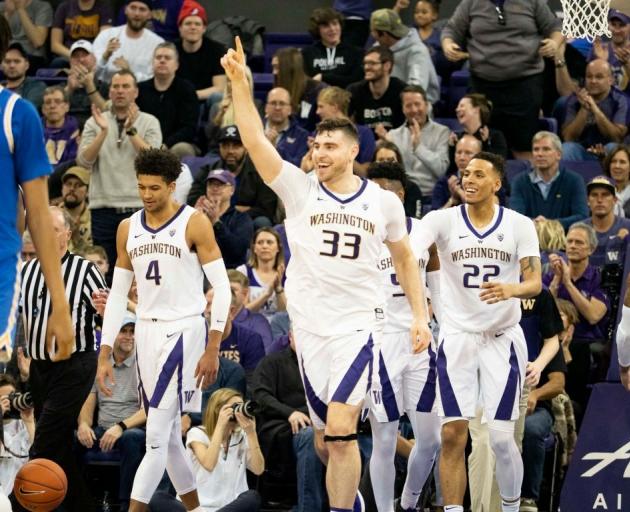 The Otago centre's side clinched the Pac-12 conference championship with two games still to play.

Its conference record of 14 wins and two losses leaves it clearly ahead of the chasing pack; second-placed Arizona State has an 11-6 record.

Recognised as a ''power five'' conference, the Pac-12 title rates among the most prestigious of the 32 conferences in division one college basketball.

Washington has an overall record of 24-6 and looks likely to appear in the end of season national tournament - also known as March Madness.

It can secure an automatic spot by winning the Pac-12 tournament, a playoff-style tournament next week.

If it loses it will likely still be voted in as one of the best of the rest by the selection committee.

Timmins has averaged 2.3 points and 2.4 rebounds per game, and is one of eight players predominantly used by the team.

He continues to be a big influence at the back of Washington's zone on defence, which has proved hard to score against.

The side is action today at 4pm against Oregon State.

Meanwhile in the National Association of Intercollegiate Athletics (NAIA), guard Joe Cook-Green has been on a strong run of form for Texas Wesleyan.

The forward has scored 10.4 points per game on 54.4% shooting, while also grabbing four rebounds.

Her team finished the regular season with a 20-8 record and placed third in the Sunshine State conference.

It begins its conference tournament today against Lynn University.

At Alaska Fairbanks, Brittany Richards has played her way into minutes and begun to find her range from deep.

Notably she had nine points on three three-pointers, to go with five rebounds, in her best performance against Seattle Pacific.

It was a tough season for her team, slumping to a 4-22 record.

In Switzerland, Benoit Hayman's BBC Nyon topped the table in the preliminary phase of the Ligue Nationale B with 16 wins and two losses.

The guard has continued his impressive form with 11 points, 2.2 assists and 3.8 rebounds per game.

Nyon won its first game in the intermediate phase, consisting of the league's top six teams.